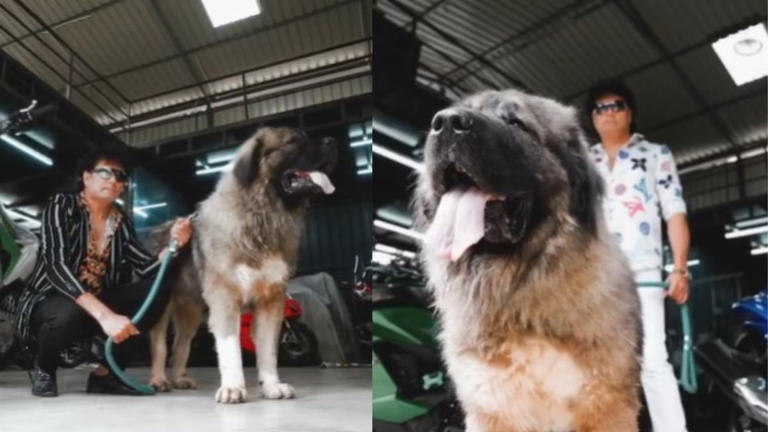 In fact, this man operates a kennel in Bengaluru, serves as the head of the Indian Dog Breeders’ Association and bought the dog from a breeder in Hyderabad. This dog is a rare breed in India. Specifically, Georgia, Armenia, Azerbaijan, Ossetia, Circassia, Turkey, Russia, and Dagestan are home to the Caucasian Shepherd, a breed of livestock guardian dog. It is extremely rare in India.

Even if he did nothing wrong, only someone who truly loves dogs would be able to understand her feelings. Yes, what you just heard is true. She recently got a dog, but it’s not your typical dog. Actually, the Caucasian Shepherd Dog of 20 crores is very unusual.

The name “Cadbom Haider”, honoring Satish’s kennel, is given to the Caucasian Shepherd Dog. Haider, a 1.5-year-old dog, recently participated in two dog shows, one sponsored by the Trivandrum Kennel Club, and won 32 awards for best dog of breed.

According to the owner of the dog, Satish, Haider is quite tall and friendly. He is currently living in my air-conditioned house. Do you know that Satish created history in 2016 by buying the most expensive dog ever?

He was the first person in India to own two Korean Mastiffs, each costing Rs. 1 crore. Not only that, but he picked up the dogs from the airport in the most lavish of vehicles—a Rolls Royce and a Range Rover—despite the fact that they were imported from China.

The average height and weight of a Caucasian shepherd are both 23 to 30 inches and 45 to 77 kilograms, respectively. Their average life span is 10 to 12 years. You will be shocked once you know about Satish’s next move, which will be to organize a “big event” in Bengaluru in February to introduce Cad Haider to the community.