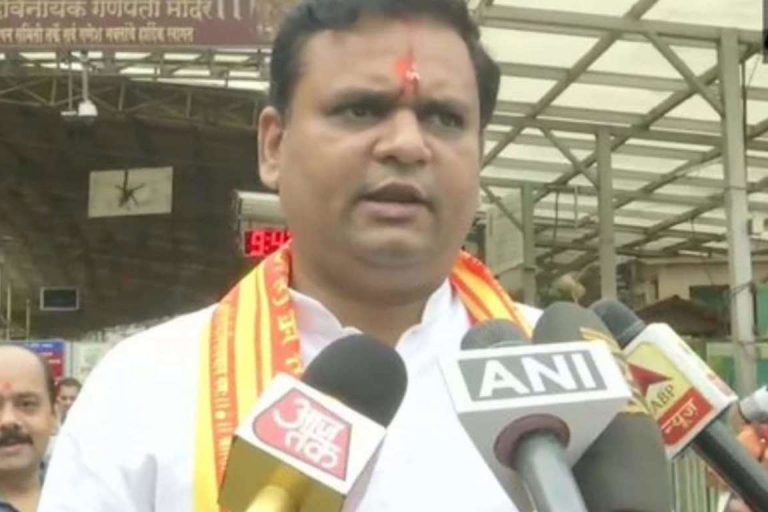 As expected, Advocate Rahul Narvekar, an MLA from the newly ruling coalition partner Bharatiya Janata Party, was elected as the new Speaker of the Maharashtra Legislative Assembly here on Sunday.

Later, in their speeches, Shinde, Fadnavis, Pawar congratulated and welcomed the new Speaker, and expressed hope that he would continue to carry forward the glorious legislative traditions and ensure smooth functioning of the House.

“Now a BJP-Shiv Sena government has taken charge based on the beliefs of Balasaheb Thackeray. Till today, we have seen that people move from opposition to government but this time the leader of the government went to the opposition,” Shinde said in his speech.

“I was a minister myself, many other ministers also left the government. It was a big deal for a common worker like me who was devoted to the ideology of Balasaheb Thackeray and Anand Dighe.

The elections were held by division of votes on the first day of the two-day special assembly session ordered by Governor Bhagat Singh Koshyari late last week.

On Monday, Chief Minister Eknath S Shinde, backed by the BJP, will seek a ‘confidence vote’ in the new government that will be sworn in on June 30 after the fall of the MVA government.

Deputy Chief Minister Devendra Fadnavis said that Narvekar (45) is the youngest ever Speaker of the Legislative Assembly of the country.

The MLA from Mumbai’s Colaba constituency has been associated with Shiv Sena and Nationalist Congress Party in the past. Narvekar, whose brother Makrand is a corporator from Colaba, was the spokesperson of Shiv Sena’s youth wing in its early years. He left that party and joined NCP in 2014.