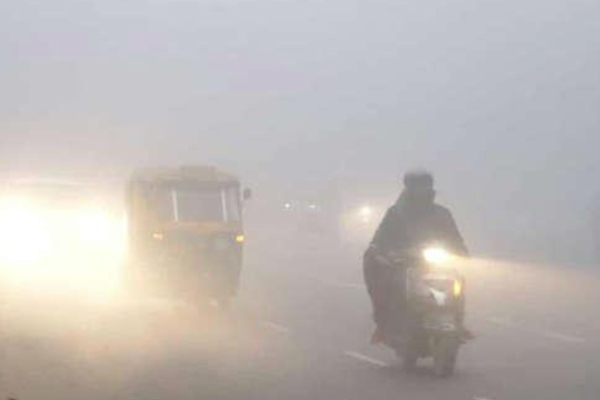 “A strong Western Disturbance (WD) has caused heavy snowfall in the Himalayan region. Cold northwesterly winds started blowing over the plains after the WD retreated on January 14. The sharp drop in temperature is due to the clear sky, which allowed infrared through. “Radiation (heat from the Sun) tends to go back into space at night,” said Mahesh Palawat, a senior meteorologist at Skymet Weather.

It is noteworthy that Delhi witnessed a period of intense cold wave from January 5 to January 9, which was the second longest in the month in a decade.

According to IMD data, the city has recorded over 50 hours of dense fog so far this month, the highest since 2019.

The temperature is likely to drop further by about 2 degree Celsius.

The IMD has said that the minimum temperature is likely to drop further by about 2 degree Celsius in many parts of northwest and central India by January 17-18.

It also predicted that cold wave to severe cold wave conditions are likely over many parts of Delhi, Rajasthan, Punjab and Haryana during this period.

Ground frost is likely at isolated places over Himachal Pradesh, Punjab, Haryana and Rajasthan from January 16 to January 18.
The Meteorological Department said that under the influence of Western Disturbance, the minimum temperature will gradually increase by 3 to 5 degrees Celsius from January 18 to January 20.

The cold north-westerly winds from the mountains stop blowing and increase the temperature.

The IMD had earlier said that the maximum and minimum temperatures were below normal over large parts of north and northwest India on January 10-11.

According to meteorologists, this was due to a layer of dense fog that persisted over the Indo-Gangetic plains during this period and a large gap between two western disturbances, which meant cold winds from the snow-capped mountains. Lasted a long time

In the plains, a cold wave is declared if the minimum temperature falls to 4°C or when it falls below 10°C and 4.5° below normal.

A severe cold wave occurs when the minimum temperature drops by 2 °C or the departure from the normal range is more than 6.4 °C.

An extremely cold day is one when the maximum temperature is at least 6.5 degrees below normal.