COP26: Rich economies need to play their cards in support of weaker countries 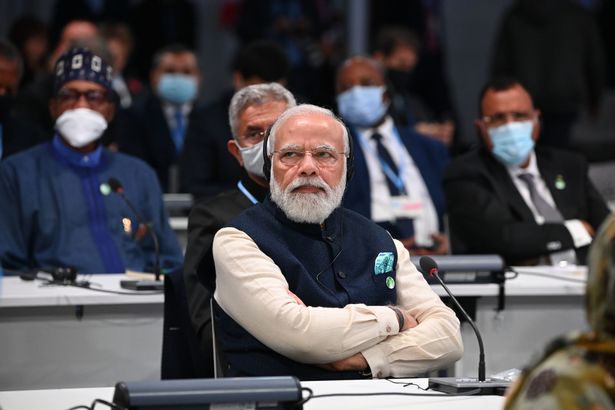 In a swift development, the UK’s COP Presidency has issued a new draft of decisions for the Glasgow Climate Summit. The language of this draft is strong and indicates how decisions may ultimately take shape. But experts have some concerns about this draft.

The main concern among these is the lack of adequate commitment of the draft to key issues such as climate finance, adaptation, and climate harm. For example, there is no date or timeline for extending Customization Finance. However, uncertainty is visible in the draft in the form of ministerial consultations in this direction.

Big question: for which issue will the country stand?
Right now, all the major players are focusing more on cursing to blame for the bad results. However, their energy should be on ensuring good results.

In order to create an outcome that is acceptable to all at any level, the richest economies such as the EU and the US need to open their cards and play their cards in support of the weak.

It is important that these two countries balance this by placing more emphasis in this draft on finance, loss and damage and adaptation. They cannot wait for others to solve this crisis. And if eventually something goes wrong in this direction then no one else will be blamed for it except him.

That’s because many vulnerable countries – many of which have ministers leading the most challenging aspects of the negotiations – are aware that this moment will be crucial for the future of their communities. So they expect their voices to be heard and their priorities taken into account.

It is important to note here that even though the draft may not be up to the mark on these issues, it is relatively better on the issue of climate change adaptation and mitigation. However, there is still a lot of room for improvement in this.

It is called better because it includes one thing prominently that countries need to improve their climate plans to limit warming to 1.5C by 2023. Also, they should decide on these with detailed and long-term decarbonization strategies by 2022. It has also been asked to expedite the phasing out of coal and fossil fuel subsidies for the first time.

financing is necessary
Concerns have also been raised in the draft that if climate finance provisions are not extended, the lessons of the ambition to curb emissions may not be meaningful.

Currently, all countries will attend a meeting in Glasgow to respond to the draft and in the coming days there will be a round of in-depth consultations before a second draft is released.

Now it remains to be seen what form this draft ultimately takes.