Home
Nation
Corona Update: Till now a total of 6,74,835 people have been vaccinated in India

Corona Update: Till now a total of 6,74,835 people have been vaccinated in India 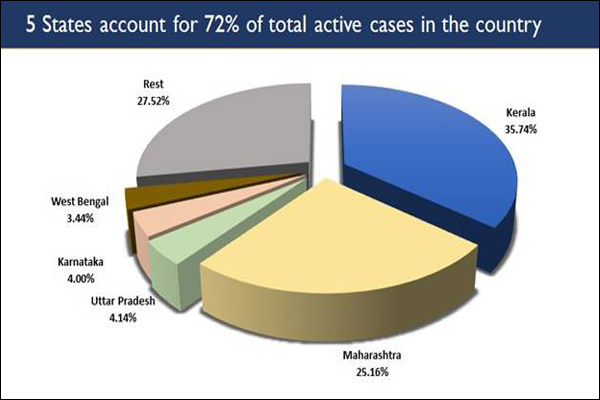 Less than 10,000 active cases have been found in 34 states and union territories.

There is also a steady decline in the number of new cases coming up every day in India, due to which the number of total active cases is decreasing.

Globally, India has recorded the largest decline in the number of confirmed cases of Covid-19 per 10 lakh population per day in the last 7 days.

80.43 percent of the newly diagnosed patients are from 10 states / UTs.

Of the newly surfaced cases, 79.2 percent are from seven states and union territories.

Kerala has recorded the highest number of 6,186 new cases in a single day. There have been 2,294 new cases in Maharashtra.

The number of daily deaths due to the epidemic has also declined and today it has come down to 162.

Maharashtra has the highest number of deaths (50). Kerala and West Bengal have recorded 26 and 11 deaths per day respectively.