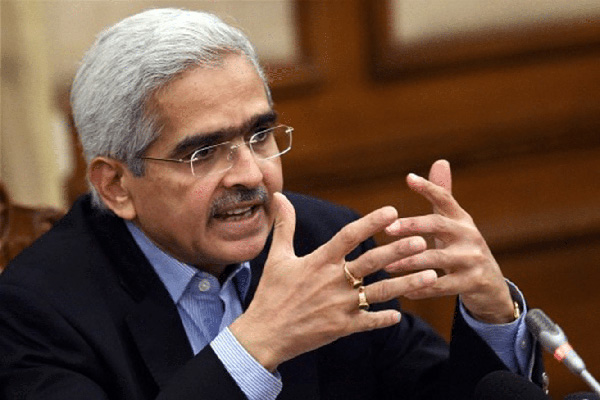 New Delhi: Reserve Bank of India (RBI) Governor Shaktikanta Das on Friday said that there should be a ban on cryptocurrency trading in the country as it is completely based on speculation. And it is like gambling.

While the central bank governor said that blockchain technology needs to be supported because of its various applications, he believes that cryptocurrencies have no inherent value.

He further said that the market cap of cryptocurrencies is nothing but speculation and akin to gambling. “Anything whose valuation is based solely on faith is nothing but 100 per cent speculation, or to put it bluntly, it is gambling,” Das said.

He added that the central bank would also lose the ability to decide monetary policy, liquidity and the money supply level that needs to be maintained in the economy.

“It will weaken the authority of the RBI and encourage dollarization of the economy,” Das said. “These are not empty alarms or signals. A year ago, we said that this whole thing (cryptocurrency) is likely to collapse sooner than later and if you see the developments, I think I don’t need to add anything more.”

The RBI governor also talked about the central bank’s role in steering the economy through difficult times, starting with the COVID-19 pandemic and then the global economic slowdown due to a number of external factors. He highlighted how the RBI continuously monitored the situation during and after COVID-19 and focused on growth while keeping an eye on inflation and other areas of concern.

“We wanted the economy to make a safe landing in FY22, and the GDP to be above the pre-pandemic level. Looking back today, it gives us great satisfaction that the economic growth rate in FY22 was 8.7 per cent. Our estimate for the current financial year is 6.8 per cent.

“The economy has not only landed safely, but has remained resilient despite huge global spillovers due to the Russia-Ukraine war, geopolitics and especially tight monetary policy by the US Fed and other advanced economies,” he said. “

“I think we have aimed at development, which had to be given primacy during and after the pandemic. We have not lost sight of the need to take care of inflation.