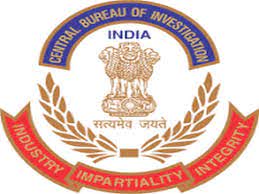 Vikash Kumar, the Deputy Commissioner of Customs and Jyoti Biswas, an exporter have been arrested, according to CBI, “on the allegations that the arrested accused in connivance with other accused had forged export related documents, used those documents as genuine and obtained huge amount of Duty Drawback against false export of Gaskets to Bangladesh in 2014 in the name of fictitious firms.”

Sandeep Kumar Dikshit, Superintendent of Customs along with another accused Sudhir Jha, have been arrested by the federal probe agency, “on the allegations of exporting and attempting to export a total 240 metric tons of Red Sanders, a prohibited item, worth Rs 100 crore through N.S. Dock, Kolkata Port in 2016. The case was registered in December 2017.”

All the arrested accused will be produced on Tuesday before the Competent Court in Kolkata.