Home
Sports
Dhoni will make his home in Mumbai, property worth billions

Dhoni will make his home in Mumbai, property worth billions 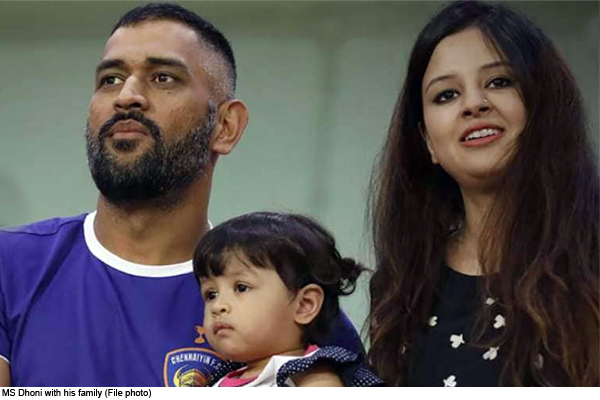 New Delhi: Mahendra Singh Dhoni is no longer part of the Indian team, but he will still be seen with his team Chennai Super Kings in the next season of IPL. Dhoni is considered a successful captain in Indian cricket, having won two of the country’s World Cups. Dhoni is now going to shift from Ranchi to Mumbai with his family soon. His wife Sakshi has indicated this. Actually, Sakshi has shared the pics of her new home in Mumbai on social media.

She shared a photo on Instagram and wrote, Our new home. The house under construction is in Mumbai and it is believed that Dhoni will soon shift to Mumbai. According to media reports, he is going to start a production company named Dhoni Entertainment, whose managing director himself will be a witness. However, no official statement has been revealed about this.

However, when it comes to Dhoni, he has retired from international cricket, but he still plays for Chennai Super Kings in the IPL. Let us know that even after retiring, Dhoni’s brand value has not decreased. According to caknowledge.com, Dhoni still owns property worth Rs 760 crore even after retirement.

Dhoni gets a fee of 15 crores every year for playing for Chennai Super Kings. Also Dhoni earns a lot from endorsements. According to some media reports, Dhoni is about to start a poultry farm in Ranchi, for which he has booked 2,000 chicks.