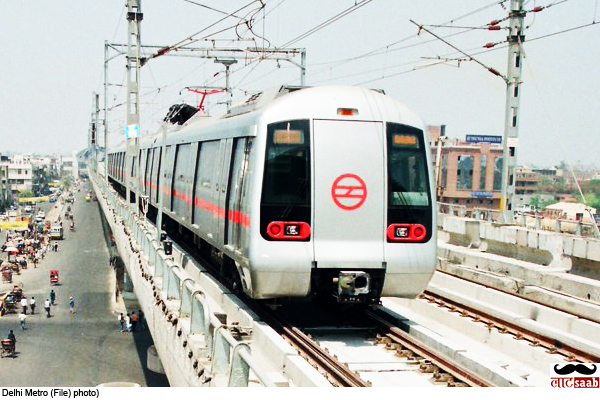 New Delhi: The Delhi Metro Rail Corporation (DMRC) has started a special drive at its construction sites to prevent the ever increasing air pollution in Delhi-NCR. Under this, a committee has been constituted under the leadership of senior officer of DMRC’s environment department to ensure that all the pollution control measures required to deal with the pollution hazard on its projects are strictly implemented by its contractors and other site personnel. Is being done or not.

As part of the drive, the frequency of inspections conducted to check adherence to pollution control measures has been increased. Teams led by senior officials of the Delhi Metro’s Environment Department are visiting all the sites and closely monitoring the arrangements made in this regard. The campaign is being monitored by Dr. Mangu Singh, Managing Director of Delhi Metro Rail Corporation.

The DMRC has decided that barricades of 10 meters high or one-third of the total height of the building will be erected near the under-construction corridor near residential and commercial properties, so as not to blow dust from the site under construction.

Six meters high barricade has been made mandatory for the metro corridor in the place where the guarder work is done. Arrangements should be made to wash the wheels of the vehicles near the gates of the construction sites so that the vehicles do not spread dust through the wheels. Apart from this, spraying of water will also be done. Sand and construction material will have to be covered as per the prescribed guidelines. The committee will inspect all these aspects to ensure proper compliance of pollution prevention rules.

At the same time, DMRC says that although these rules are always followed, but this campaign has been started in view of increasing pollution levels in Delhi. Also, these days, DMRC is giving more emphasis on such works which is not likely to increase pollution. At present, construction work of the metro is going on at about six places.