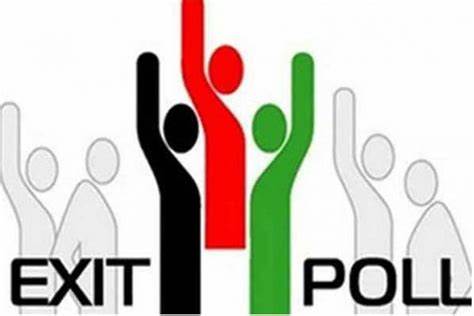 Exit Polls 2022 Live: According to early predictions, pollsters on Monday predicted a clear majority for the BJP in both the Himachal Pradesh and Gujarat assembly elections. According to Jan Ki Baat, BJP can get 117 to 140 seats in Gujarat, while BJP can get 34 to 39 seats in Himachal Pradesh. However, the Chanakya survey predicted that HP could see a hung assembly as both the BJP and the Congress could get 33 seats each.

Elections to the 182-member Gujarat Assembly will come to an end on Monday evening as the second phase of polling ends. The results of the exit polls will be shown after 6.30 pm on December 5.

The exit polls will predict which party is likely to get a majority in the respective constituencies and assembly seats. Although not entirely accurate, exit polls give a general overview of which side people are taking.

Polling for the second phase began at 8 am in 14,975 polling stations across 93 seats in 14 districts of Gujarat. 833 candidates were in the fray and it was a triangular contest between BJP, AAP and Congress.

In the 2017 assembly elections, the ruling BJP won 51 of these seats, the Congress 39, while three went to independent candidates.

Shimla in Himachal Pradesh recorded the lowest voter turnout in the state at 62.53 percent, which is 13 percentage points lower than the state average of 75.6 percent.

Voting for the Municipal Corporation of Delhi (MCD) took place on Sunday, 4 December. 1.45 crore people were eligible to vote and choose from 1,349 candidates.

According to the State Election Commission, the election saw a voter turnout of 50 percent. The voter turnout was less as compared to the last two elections. The counting of votes for the selection of 250 MCD councilors will take place on December 7.