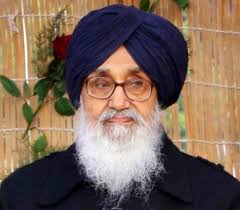 Farmers’ Protest Updates: A representative group of the protesting farmers is meeting Union ministers Piyush Goyal and Narendra Tomar for the second round of talks with the Centre today. A delegation of 40 farmers is in Delhi for the talks. Meanwhile, Punjab Chief Minister Capt Amarinder Singh met Home Minister Amit Shah today in a separate meeting and said that he appealed to Centre to bring a quick solution to the farmers’ crisis as it is a matter of both national security and the economy coming to a standstill in Punjab.

Commuting from Delhi to Noida and Haryana has become a nightmare over the past few days and the situation is likely to remain the same on Thursday as well unless there is a breakthrough in the talks with farmers.

Farmers from Uttar Pradesh and Uttarakhand joined in the protest on Wednesday and trooped in at the Delhi-Ghazipur border and now farmers from Gujarat have also joined the protest demanding the three farm laws be withdrawn. Follow live updates on farmers’ protest: