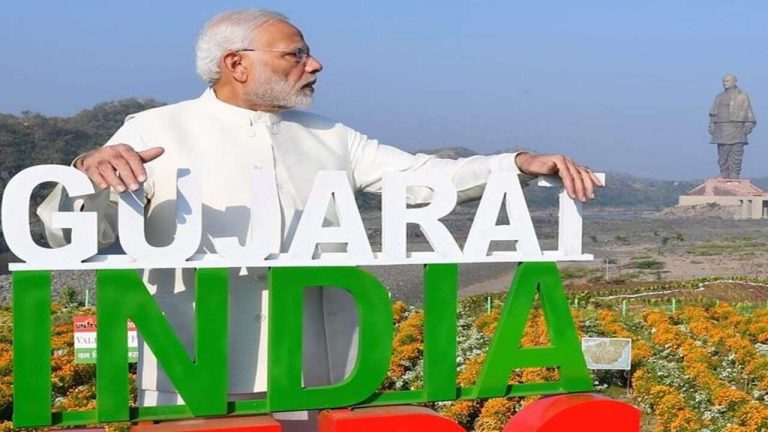 Prime Minister Narendra Modi on 2-day visit to Gujarat from today, Mr. Modi will also unveil the seaplane service connecting the Statue of Unity in Kevadia with Sabarmati Riverfront in Ahmedabad. Prime Minister will be on a two-day vist to Gujarat from Friday onwards to commemorate the birth anniversary of Sardar Vallabhbhai Patel as National Unity Day on October 31.

PM Modi will offer floral tributes at the ‘Statue of Unity’ in Kevadia, administer the ‘Ekta Pledge’, and witness the ‘Ekta Diwas Parade’ on the occasion of Patel’s birth anniversary on October 31, the Prime Minister’s Office said in a statement.

He will also inaugurate various projects, including a seaplane service connecting the ‘Statue of Unity’ with the Sabarmati riverfront in Ahmedabad.

PM Modi arrived Friday on a two-day Gujarat trip during which he is scheduled to launch a host of projects, including a seaplane service between Kevadiya and Ahmedabad, and visit the Statue of Unity.

Upon his arrival at the Ahmedabad airport, he was welcomed by Chief Minister Vijay Rupani and Governor Acharya Devvrat.

This is the PM’s first visit to his home state after the coronavirus outbreak.

From the airport, Modi would leave for Gandhinagar to meet the grieving family of former Gujarat Chief Minister and BJP stalwart Keshubhai Patel, who died on Thursday.