Home
Nation
With the heavy commotion of farmers in Delhi, many metro stations closed

With the heavy commotion of farmers in Delhi, many metro stations closed 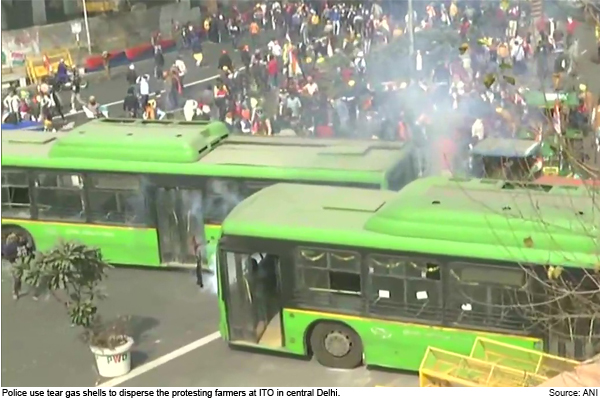 New Delhi: On the occasion of Republic Day in the capital of the country, there was a huge ruckus between the farmers and the police. Farmers’ barricades broke into, following which there was a heavy traffic jam in the city.

Police used tear gas shells and water cannons to control the situation. Police and farmers were also seen pushing, causing many injuries on both sides. At the same time, many metro stations of the Green Line have been closed by the Delhi administration. The same protesting farmers have reached the Red Fort in Delhi. The farmers have gone red. There is a huge commotion of farmers.