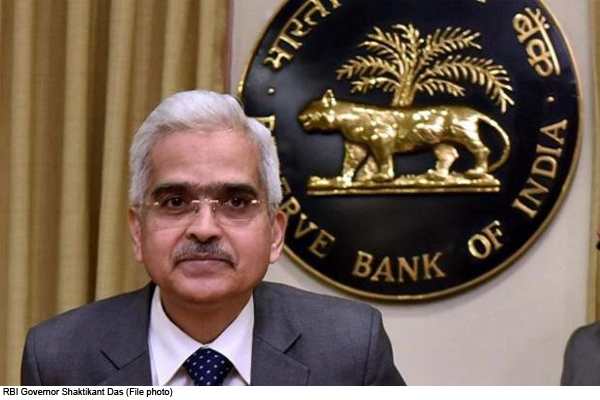 Reserve Bank of India (RBI) Governor Shaktikanta Das on Wednesday said the introduction of the e-rupee was a historic moment in the history of currency in the country and will change the way business is done and the way transactions are done.

He added that there is no target date for the full-fledged launch of Digital Rupee.

In his address to Indian bankers, Das said that price stability, sustained growth and financial stability need not be mutually exclusive. He also noted that transparency is not compromised in any way by the RBI not issuing a letter to the government for missing the inflation target.

Speaking at the conference, Das said that with monetary policy actions and stance changes in advanced countries, financial conditions in the markets have become tighter and financial stability risks have increased. He said that in an uncertain environment, the Indian economy is gaining strength from its macroeconomic indicators and buffers. He said that India presents a picture of resilience and optimism to the world today.

On the inflation front, the RBI chief said the central bank is closely monitoring inflation trends and the impact of past actions. He said that RBI is seeing a lot of improvement in the sale of white goods in the festive season.

“In my and RBI’s view, price stability, sustained growth and financial stability should not be mutually exclusive,” he said.

Das said that there is a lot of speculation about the MPC meeting to be held on November 3. “We will prepare a report on this and send it to the government,” he said.

The RBI Governor said the resolution of the MPC is for the entire economy and markets and citizens should be aware of the MPC’s decision. However, he said a letter to the government is sent under the law.

“I do not have the privilege or right or luxury to release it to the media, before the addressee receives it … the contents of the letter will not be under wraps forever. It will be released at some point … letter received The government has the first right to do it,” he said.

Das explained that if the RBI had started the process of tightening earlier, what would have been the counter-factual scenario?

“We didn’t want to hamper the recovery process. We wanted the economy to reach the shores safely and then bring down inflation,” he said. “There has been a lapse in maintaining the inflation target. But if we were tough earlier, the country would have to pay a heavy price for it.

How is CBDC different from UPI, NEFT, RTGS, IMPS?

“Government-introduced digital currencies are expected to have significant use in large payments and settlements. Primarily, it will be used to settle the purchase and sale of government securities such as government bonds. Soon, it will be used for retail transactions. Rachit Chawla, CEO & Founder, Finway FSC said.

“CBDCs can be classified into general purpose or retail CBDCs and wholesale CBDCs. RBI has designed wholesale CBDCs for settlement of interbank transfers and related transactions. Wholesale CBDCs could significantly change the settlement system for transactions And can make them more efficient and secure. It will also boost the overall digital economy of the country and bring more financial inclusion,” he said.

While we are used to using UPI, NEFT, RTGS, IMPS etc., there are doubts about how the digital rupee works.

“The digital currency works just like the regular currency issued by the Reserve Bank of India (RBI). They are basically currencies in digital form and will appear as a liability or currency in circulation in the balance sheet of RBI. Like regular currency notes, digital currency can also be exchanged. Central Bank Digital Currency (CBDC) is expected to make the inter-bank market more efficient. As part of RBI’s pilot project on Digital Rupee, RBI will issue CBDCs to each of the nine identified banks at regular intervals,” said Mahesh Shukla, CEO and Founder, Paymi.

Despite the fact that like crypto currencies, CBDC is also a digital currency, but they are different.

“Although digital currency and crypto currency both involve online methods of transactions, there is a slight difference between the two. CBDC refers to the digital form of a country’s legal economy, whereas cryptocurrencies are an alternative form of payment with a unique algorithm. Digital currencies can be called the digital fiat currency of the country and cryptocurrencies are digital assets in a decentralized network. On the other hand, while digital currencies are fully regulated by the central bank and government that determine the value of the currency, crypto The value of the currency is independent of central banking authorities and follows a transparent process for the transfer of assets from mining to ownership, Chawla said.

So, how does a Digital Rupee transaction differ from similar transactions through UPI, NEFT, RTGS, IMPS, Debit/Credit cards etc.?

“Digital Rupee or Central Bank Digital Currency (CBDC), such as UPI, IMPS, transactions through debit or credit cards, etc. Like other forms of digital payments, an underlying used for digital payments in exchange for currency or cash will be the payment mode. , However, while UPI transactions are entirely backed by physical currency, the Digital Rupee or CBDC is itself a fiat currency and does not necessarily need to be backed by a physical currency. Also, in traditional online transactions, each bank has its own individual handler, but the digital currency will be handled by the Reserve Bank of India (RBI); Hence, the transaction will be direct and instant.