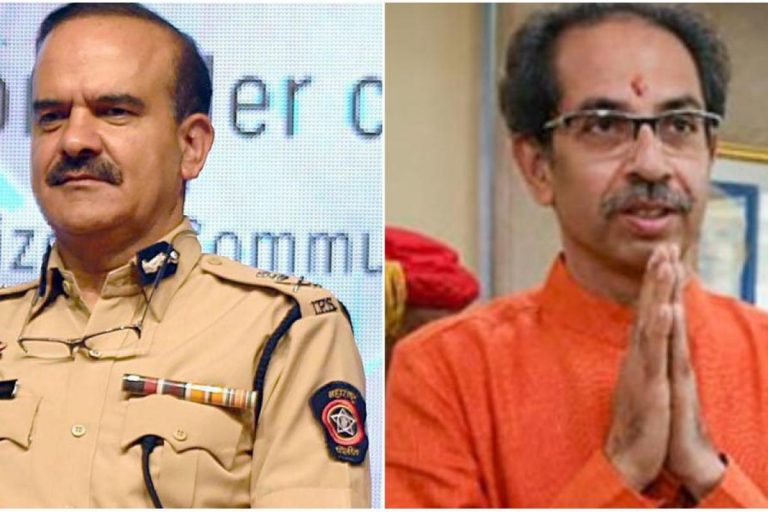 In the nearly 16 months of staying in power, the Shiv Sena-led Maha Vikas Agadi (MVA) alliance has faced one challenge after another.

Thackeray faced the biggest challenge of his tenure just a few months after taking oath as Maharashtra became the state most affected by the COVID-19 epidemic, with the government finding itself to deal with many other controversies in which actor Sushant Singh The death of Rajput was also included. Actor Kangana Ranaut and journalist Arnab Goswami are involved in the TRP scam case.

In another controversy, which has brought the Thackeray government’s credibility under suspicion and severely damaged the Mumbai Police’s image, the MVA’s case of explosives being recovered outside Mukesh Ambani’s residence on February 25 so far The biggest case may be.

In 20 days, the tide has turned for both Uddhav Thackeray and the Mumbai Police.

February 25: A carriage laden with about 20 gelatin sticks was found standing at the house of Mukesh Ambani, Antilia. The case has been handled by the Maharashtra Anti Terrorism Squad (ATS).

26 February: Crime Branch chief API Sachin Veg was given the charge of the case. Police find out the owner of the SUV to be a mansion hiren, who had reported the car stolen a few days before the incident.

March 1: A letter surfaces in the name of Jaish-ul-Hind, who claims to have the responsibility of putting on the SUV. However, a letter after the denial letter, the terrorist organization, has labeled the previous letter as fake, saying it has nothing against the Indian business tycoon.

March 5: Opposition leader Devendra Fadnavis demanded an inquiry from the National Investigation Agency (NIA) in the matter in the budget session of the Maharashtra Legislative Assembly.

March 6: In one of the biggest twists, Hiren is found dead under mysterious circumstances and his body is discovered in Mumbra Creek.

March 7: In another twist, Kamala Hiren, wife of Mansukh Hiren, filed a complaint detailing the family’s relationship with API Sachin Waze, who was investigating the case. Kamla Hiren alleges that Mansukh knew Vez earlier and was in possession of the SUV later found on the spot till 5 February. She alleged that Waze conspired to frame and murder her husband in the case.

March 8: Maharashtra Anti-Terrorism Squad (ATS) registers a case of murder against unknown people in the case of Mansukh Hiren’s death.

March 8: Fadnavis creates a ruckus in the assembly against the MVA government, demanding an immediate suspension of the vaj and an inquiry into being handed over to the NIA. The investigation is handled by the NIA, which re-registers the case that was being investigated by the ATS until now.

March 10: Maharashtra Home Minister Anil Deshmukh announced in the Legislative Assembly that Waze has been shifted out of the Crime Branch for a ‘fair inquiry’ into the case.

March 11: The ATS, which is still investigating the case of Hiren’s death separately, records a statement related to Sachin Waze’s alleged relationship with Hiren.

March 14: Waze is produced before a special NIA court, which remands him to NIA custody until March 25.

March 15: Vaze is suspended from the force. Meanwhile, the NIA discovers a white Innova allegedly belonging to the Mumbai Police Crime Branch and believed to be loaded with explosives in a Scorpio car while on the way to Mukesh Ambani’s house on 25 February. CM Thackeray raised political pressure from ally and Nationalist Congress Party (NCP) supremo Sharad Pawar to punch Saina on the issue. The opposition demanded the removal of Home Minister Anil Deshmukh and Mumbai Police Commissioner Param Bir Singh. The NIA searches the CIU office of the VUI and seizes his laptop, mobile phone, iPad and all documents from his office.

March 16: Amid reports of a rift in the MVA, Thackeray met deputy CM Ajit Pawar with state ministers Nitin Raut, Balasaheb Thorat, Varsha Gaikwad, Ashok Chavan and state Congress president Nana Patole. Ajit Pawar assured that there would be no rift in the grand alliance and said that ‘no one will be given protection’. The letter, a day after he became the investigating officer in the case, said that on 27 February, Wedge visited his housing society and reportedly asked for all CCTV footage. available. Waze and his team also captured CCTV footage and a register from a Thane shop. False number plates belonging to two vehicles involved in the Antilia incident were allegedly made in that shop.

March 17: NIA seized a black Mercedes Benz allegedly used by Wedge, and found the Scorpio car’s original number plate, cash in excess of Rs 5 lakh, a currency-counting machine and some clothes in it . Meanwhile, the NIA says that all data on electronic devices seized from Waze was removed. March: Mumbai Police Commissioner Param Bir Singh transferred and replaced by Hemant Nagrale.