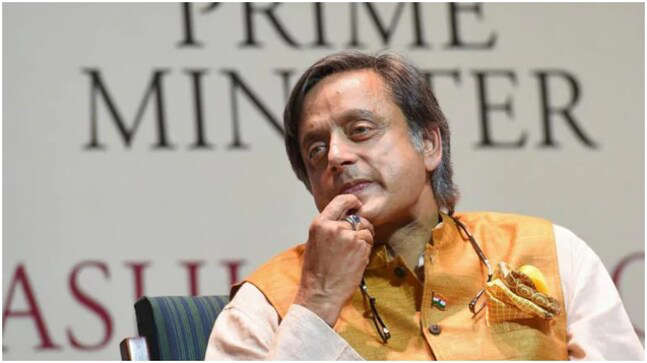 A couple of days after the departure of Ghulam Nabi Azad, a senior Congress leader is once again in the news. This time, it’s not about a departure, but about the anticipation of a possible uplift within the grand old party. Shashi Tharoor’s latest article in Malayalam daily Mathrubhumi has created buzz that he is planning to run for the post of party president.

When asked about this by journalists, however, the Thiruvananthapuram MP on Tuesday said that he has “no comment” to make but accepts what he wrote. Writing an article on Monday, the Congress leader said a “free and fair election process would be a healthy way” to resolve the issue of discontent among several leaders of the old party. However, he declined to comment on whether he would throw his hat in the ring.

“I have absolutely no comment to do. I accept what I have written in my article that the election will be a good thing for the Congress party,” he said while speaking to media persons in Thiruvananthapuram.

In the Mathrubhumi article, Shashi Tharoor said that ideally the party should have also announced elections for the dozen seats in the CWC that are about to be elected. Tharoor said, “Allowing party members from AICC and PCC representatives to determine who will lead the party in these key positions, legitimizing the incoming leaders’ group and giving them a credible way to lead the party.” It will help in delivering the mandate.” 23 was among the group of leaders who wrote to Congress President Sonia Gandhi in 2020 demanding organizational reforms.

“Nevertheless, the election of a new president is just a start in the resurgence that the Congress desperately needs,” he said. After all, a political party is a means to serve the country, not an end in itself.”

On the recent exit of party veteran Ghulam Nabi Azad, Tharoor said the latest in a constant round of departures is fueling media speculation and offering a dose of daily tributes to the party. “Either way, a free and fair election process would be a healthy way of resolving this issue. It would legitimize the mandate being given to the incoming President,” Tharoor said.

The Congress on Sunday announced that the election of its president would be held on October 17, noting that it is the only party in the country that follows such a democratic practice. The result will be declared on October 19. Some leaders want Rahul Gandhi to take charge again.

The process of filing nominations will start from September 24 and will continue till September 30.