Home
My Voice
Here’s the secret of the end of Kalyug is in Patal Bhubaneswar cave!

Here’s the secret of the end of Kalyug is in Patal Bhubaneswar cave! 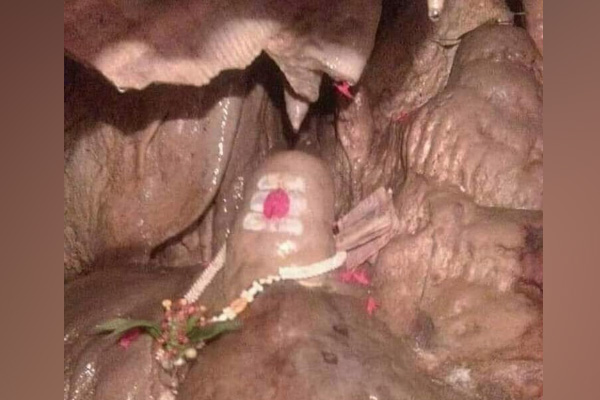 Patal Bhubaneswar Cave is located in Bhubaneswar village of Gangolihat, about 90 kilometers away from Pithoragarh district of Uttarakhand. This cave is at an altitude of 1350 meters above sea level. This cave is nothing less than a wonder. It is 160 meters long and 90 feet deep from the entrance.

According to mythology, it is said that the first king of Surya dynasty and King Rituparna, who ruled Ayodhya in Treta Yuga, discovered this cave. After which he got Adhishesha, the king of snakes here. It is said that King Rituparna was the first person to discover the temple by humans. Adhishesha took Rituparna inside the cave, where she had the good fortune to see the deities as well as Lord Shiva.

After this, this cave is considered to be discovered by the Pandavas in the Dwapar era. It is said that in Dwapar, the Pandavas played the game of Chaupad here with Lord Shiva. According to beliefs, it was discovered in Kaliyuga by Adi Jagatguru Shankaracharya around 822 AD. After this Katyuri and few states discovered it and built it.

It is believed that the severed head of Lord Ganesha is kept here. It is told in mythology that Lord Shiva, in a fit of anger, beheaded Ganesha. Mother Parvati got angry after seeing this scene and at her behest an elephant’s head was put on Lord Ganesha’s trunk. But the head which was severed from his body was kept in this cave by Lord Shiva. The severed head of Ganesha is installed in the form of an idol in this cave.

Above this stone idol is a Brahmakamal with 108 petals. Divine drops of water from this Brahmakamal fall on the rock-cut idol of Lord Ganesha. It is said that Lord Shiva himself established that Brahmakamal.

Secret inside the Cave

The entrance to the cave is 3 feet wide and 4 feet long. Cameras and mobiles are not allowed inside the cave. To get into the cave, one has to go down the slope through a narrow zigzag path between the rocks. It seems impossible to get down in the cave, but on getting down, the body itself makes a place for itself in the narrow passage of the cave. To go inside one has to resort to iron chains. Water keeps seeping from its walls, due to which the way to go here is very smooth.

It is written in Skanda Purana that there is a stone in the shape of Sheshnag in the cave, which looks like it is holding the earth. On going down about 8 to 10 feet inside the ground, surprising figures start appearing on the walls of the cave. Along with the huge hair of Lord Shiva coming down from the top of the cave, 33 crore deities are also seen at this place. The amazing view of the Ganga flowing through the locks of Lord Shiva fascinates the mind. A little further into the cave, Patal Bhuvaneshwar-Brahma, Vishnu and Mahesh are seen together.

Kedarnath, Badrinath and Amarnath are visible inside the cave. Badrinath has rock-cut sculptures of Badri Panchayat, which include Yama-Kuber, Varuna, Lakshmi, Ganesha and Garuda. The shape of Takshak Nag is also seen made in the rock. On top of all this is the cave of Baba Amarnath and huge cobwebs of stone are spread.
fire pit for burning snakes

On moving forward, a small Havan Kund is visible. It is said that in order to get rid of the curse given to King Parikshit, his son Janmejaya burnt all the snakes in this kund, but a snake named Takshak escaped, who took revenge and killed Parikshit. The shape of this Takshak snake has been made on the Havan Kund.

Kaal Bhairav’s tongue is visible in this cave. It is a religious belief that if a man enters the womb through the mouth of Kalbhairav and reaches the end, then he attains salvation.

Parijat tree and the fifth head of Brahma

On moving forward here, the Parijat tree that came out of the churning of the ocean is seen, then the fifth head of Brahma ji is also seen here. On the right side of the cave, Brahmakapal and Saptajalkund are seen just in front of it, next to which the shape of a swan with a crooked neck is seen. It is described in the Manas section that the swan was given the task of guarding the nectar present in the pool, but out of greed, the swan tried to drink the nectar himself. Due to the curse of Lord Shiva, the swan’s neck became crooked forever.

Darshan of all four dhams is complete

The 160 meter long Patal Bhubaneswar cave is a place where not only 33 crore deities reside, but the darshan of all the four Dhams – Jagannath Puri, Rameshwaram, Dwarki Puri and Badrinath Dham is completed by visiting this cave. The detailed description of this cave is found in the 103rd chapter of Manas Khand of Skanda Purana.

There are 4 stones installed in this cave symbolizing the four ages (Satyug, Tretayug, Dwaparayug and Kalyug). These four stones are considered as four gates.