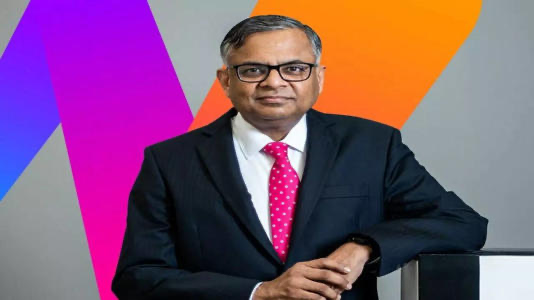 New Delhi: Siddharth Sharma has been elected as the new Chief Executive Officer and Aparna Uppaluri as the Chief Operating Officer (COO) of Tata Trusts, one of India’s oldest public charitable foundations, in a reshuffle. The appointment of both will be effective from the next financial year i.e. April 1.

Tata Trusts, which holds 66 per cent stake in Tata Sons, said this in a statement on Tuesday. Some internal candidates were already being analyzed by the foundation’s board of trustees after Tata Group veteran Srinath Narasimhan retires in October 2022 at the age of 60.

Last month it had emerged that Siddharth Sharma, chief sustainability officer (CSO) of Tata Sons Group, and Sukaran Singh, CEO of Tata Advanced Systems (TASL), were in the running to run for the corner office.

Who is Siddharth Sharma?

After two decades in government service, Sharma became part of the Tata Group in 2019. As a bureaucrat, he worked in key ministries and government departments, including the Ministry of Finance, the Ministry of External Affairs and Urban Development, and played an important role. Role in conceptualization and implementation of pension reforms in India as National Pension System.

Who is Aparna Uppaluri?

Set to take over as COO of Tata Trusts, Uppaluri comes with experience in strategic planning and program development in the areas of philanthropy, women’s rights, public health, arts and culture. With more than twenty years of leadership and management experience, she has led grantmaking initiatives at the Ford Foundation to advance programmatic commitment to strengthening gender justice and oversees various verticals at the Ford Foundation Also served as Program Director.
Meanwhile, Tata Trusts named S Narasimhan as its first CEO in 2020, marking a shift to a more professional management style.