In the Tiruvarur district of Tamil Nadu Narmukhi Ganesh temple, where ancestors are also worshiped 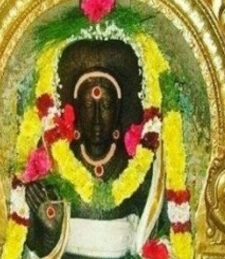 One of the famous temples of Lord Ganesha is a unique temple in Tiruvarur district of Tamil Nadu. This Ganesh temple is very different from other temples in the country. The Ganesh idol sitting here is Narmukhi Ganesh temple. This is the only temple in the world where people come from all over.

This temple is located in the town of Kutnoor in Tiruvarur district of Tamil Nadu. Tiltarpan Puri is about 3 km away from Kootnoor. Where Adi Vinayak Temple is the center of faith of the people. In this Vinayaka temple, the male idol of Shri Ganesha i.e. human form is worshipped. Apart from this, the Gajmukhi idol of Lord Ganesha is worshiped in almost all the temples of the country. But here the face of Ganesh ji is not like a yard, but like a human. Due to this feature, this temple is very famous. This is the only Ganesh temple in the country, where devotees also come to worship for the peace of their ancestors.

How did Tiltarpanpuri get its name?

The mythology of 4 Shivling related to Lord Rama

According to legend, when Lord Rama was performing the last rites of his father, the four pinds (rice laddus) kept by him were transformed into insects. This happened not once but as many times as the bodies were made. After this Lord Rama prayed to Shiva, after that Lord Shiva asked him to worship by law in the Adi Vinayak temple. On being told by Lord Shiva, Shri Ram came here and worshiped his father’s soul here for peace. It is said that those four bodies of rice were transformed into four Shivling. These four Shivlings are still present in the Mukteshwar temple located near the Adi Vinayak temple.