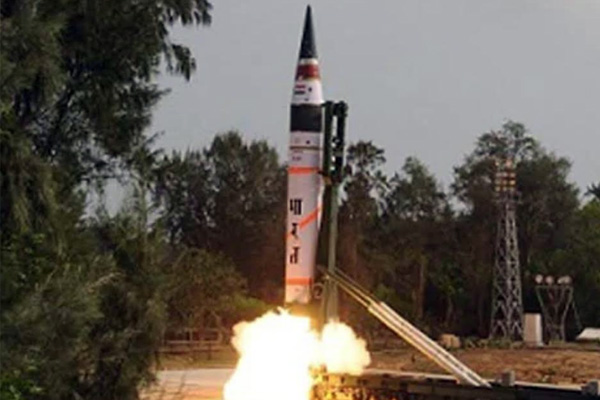 New Delhi: India has achieved another major success in its missile power and self-reliant defense sector. India on Wednesday successfully test-fired medium-range ballistic missile Agni-3 from APJ Abdul Kalam Island off the coast of Odisha. In this regard, the Ministry of Defense issued a statement and gave information.

The successful test marked India’s routine user training launch under the direction of the Strategic Forces Command. The Defense Ministry said in its statement in this regard, “The launch was carried out for a predetermined range and all operational parameters of the system were validated.

The medium-range ballistic missile Agni-III was inducted into service in 2011 as the successor to Agni-II. Agni-III has a strike range of 3,000 to 5,000 km. After fire, this missile can hit the target by going inside many neighboring countries including Pakistan and China.

Agni-III is a single-stage two-stage ballistic missile capable of nuclear attack. It has been designed by DRDO. The missile is equipped with sophisticated navigation, an advanced onboard computer system and guidance and control systems. Explain that, Agni 3 missile can withstand more vibration, noise and heat.