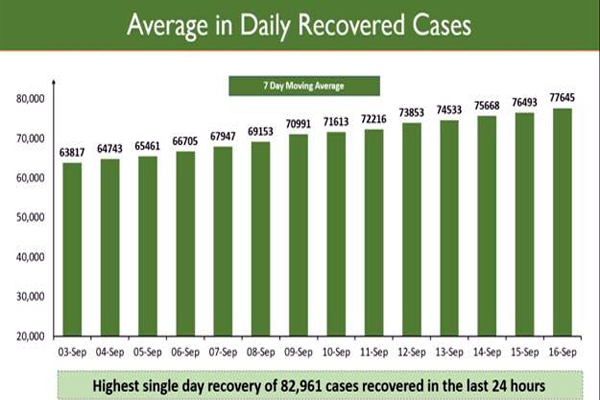 New Delhi: India continues to record a spate of very high recoveries. India logged in the highest number of single day recoveries in the last 24 hours. 82,961 COVID patients were cured and discharged from home/facility isolation and hospitals, steeply pushing the Recovery Rate to 78.53%.

The 7-day moving average of the Recoveries shows a consistent increase in the recoveries.

Nearly 59% of the new recoveries came from these five States.

70% of the Total Active Cases are found in nine most affected States/UTs.