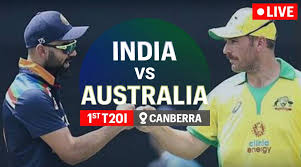 Leg-spinner Yuzvendra Chahal and T Natarajan were the celebs with the ball for India, sharing three wickets each. Natarajan’s wickets included that of Glenn Maxwell and D Arcy Short, while Chahal, the concussion substitute for Ravindra Jadeja, dismissed Aaron Finch, Smith and Matthew Wade.

India finished on 161/7 with the help of half-century from KL Rahul and a cameo by Ravindra Jadeja, who remained unbeaten on 44 off 23 balls. Jadeja took 23 runs off the 19th over bowled by Josh Hazlewood after Hardik Pandya fell to Moises Henriques for 16.