The country’s GDP grew by 8.4% during the second quarter (July-September) of 2021-22, as compared to a 7.4% contraction in the second quarter of 2020-21, the Ministry of Statistics and Program Implementation said on Tuesday. India had registered a record growth of 20.1% in the first quarter (April-June) of 2021-22. 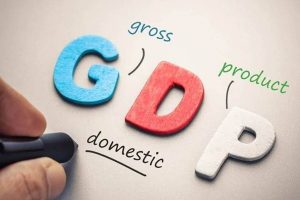 The Gross Value Added (GVA) for the July-September quarter stood at 8.5 per cent, according to estimates by the National Statistical Office (NSO) of the Ministry of Statistics and Program Implementation (MoSPI).

India’s GDP grew at a record 20.1 per cent year-on-year basis in the first quarter of the current fiscal, compared to a low base during the same period a year ago.

India’s gross domestic product (GDP) grew at 8.4 per cent in the July-September quarter of fiscal 2021-22, driven by strong manufacturing and services sector demand, and low base and record vaccination coverage, estimates by the Office for National Statistics. reason. (NSO) Ministry of Statistics and Program Implementation (MoSPI) released the show today. The easing of the localized lockdown also helped the economy grow during the second quarter of the financial year.