Indore is India’s cleanest city fourth time in a row: It’s a record! 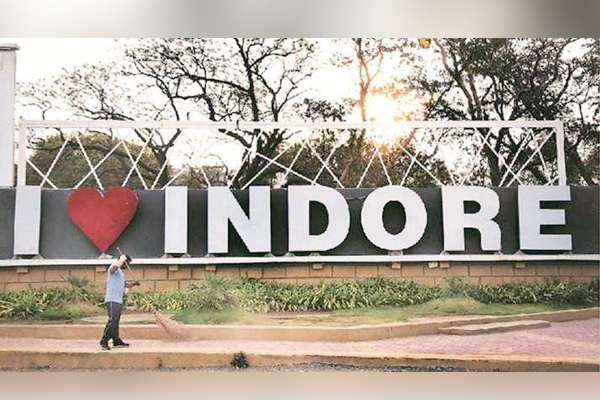 New Delhi: Beating Surat and Navi Mumbai, Indore has yet again taken the top spot for being the cleanest city in India.

Hardeep S Puri, MoS(I/C), Ministry of Housing and Urban Affairs, said: “The Swachh Survekshan will continue to help us in sustaining the gains made under Swachh Bharat Mission-Urban (SBM-U) while providing a comprehensive roadmap to institutionalise the concept of total Swachhata among all our cities. As the performance of cities rightly show, we are well on our way to creating not just a ‘Swachh’ (clean) but a ‘Swasth’ (healthy), ‘Sashakt’ (empowered), ‘Sampann’ (prosperous) and Atmanirbhar (self-reliant) New India!.”

He gave away the awards for Swachh Survekshan 2020, the fifth edition of the annual cleanliness urban survey conducted by the Ministry of Housing and Urban Affairs (MoHUA), Government of India, at a virtual event titled Swachh Mahotsav.

An additional 117 awards were handed over by the Minister (detailed results available on www.swachhsurvekshan2020.org).

The Minister interacted with select beneficiaries of household toilets, safaikarmis or sanitation workers, informal waste pickers and members of self-help groups associated with the Swachh Bharat Mission-Urban (SBM-U) from across the country. The event was webcast live on https://webcast.gov.in/mohua and on SBM-U’s social media handles.

Addressing the winners and citizens at large, the Minister said: “More than five years ago, the Prime Minister had seen a dream – the dream of a Swachh Bharat. Today, we feel immensely proud as well as humbled to see how every citizen of urban India have come together to make that dream a tangible reality. In the last five years, we have seen how this Mission has created a deep impact on people’s health, livelihoods, quality of life and most importantly, in their thoughts and their behaviour.”

The Minister exhorted everyone to play their part and be a true Swachhata Warrior by inculcating habits of Swachhata such as practising proper segregation of waste at source, saying no to single-use plastic and treating sanitation workers with respect and dignity, amongst others.

With noteworthy progress being made in the past six years under SBM-U, the Minister outlined the vision for the next phase of the Mission: “Our efforts going forward will be on safe containment, transportation and disposal of faecal sludge and septage from toilets, and also the grey and black water from households and establishments. Along with this, the treatment of all wastewater before discharging into water bodies, and their maximum possible reuse will also be our priority. Alongside, I am also concerned about the safety of our sanitation workers, our frontline warriors in this ‘Kranti’. Therefore, provision of adequate safety gear and mechanized equipment to all sanitation workers will be paid maximum attention in the next phase of the Mission.”

Some of the key highlights of Swachh Survekshan 2020 are as follows: