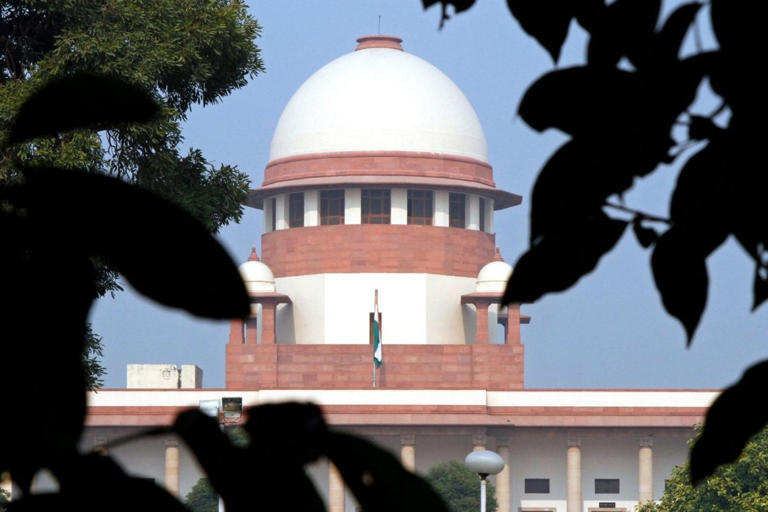 The Supreme Court on Friday set aside the 2021 orders of the Kerala High Court granting anticipatory bail to four former police and Intelligence Bureau officers in a case relating to the alleged frame-up of scientist Nambi Narayanan in the 1994 ISRO spy case.

The apex court appeals to the Central Bureau of Investigation (CBI) against the High Court order granting bail to former Gujarat DGP RB Sreekumar, two former Kerala police officers – S Vijayan and Thampi S Durga Dutt, and PS Jayaprakash, a retired intelligence officer. Was hearing on. , The court had on November 28 reserved judgment on the two petitions filed by the CBI.

Meanwhile, the apex court granted interim protection from arrest to the accused for a period of five weeks, subject to their cooperation in the investigation, till the High Court finally decides on the matter.

“All anticipatory bail applications are remanded to the High Court for deciding de novo in accordance with law and in the light of the observations made above. However, it is seen that this Court has not expressed any opinion on the merits of either party’s case. and it is ultimately for the High Court to pass appropriate orders,” the SC order said.

“We request the High Court to finally decide and dispose of the anticipatory bail applications at the earliest, but preferably within a period of four weeks from the date of receipt of these orders,” it said.

The apex court had issued notice in November last year on a petition filed by the CBI in the matter.

The agency had said that its investigation found that some scientists were tortured and implicated in espionage, which affected the development of cryogenic engines, setting back India’s space program by almost a decade or two.

The CBI had earlier alleged that there were clear indications that the accused were part of a team whose objective was to torpedo ISRO’s efforts to manufacture a cryogenic engine.

While granting anticipatory bail to the four accused on August 13 last year, the high court had said, “There is no evidence to show that the petitioners were influenced by any foreign power to induce them to hatch the conspiracy to falsely implicate them.” ” ISRO scientists with intent to stop ISRO’s activities regarding development of cryogenic engine.

It had said that unless there is specific material regarding their involvement, prima facie it cannot be said that they were acting against the interest of the country.

The CBI has registered a case against 18 people for various offences, including criminal conspiracy, in connection with the arrest and detention of former ISRO scientist Nambi Narayanan in an espionage case.

The case, which made headlines in 1994, pertained to allegations of transferring some confidential documents on India’s space program to foreign countries by two scientists and four others, including two Maldivian women.

Narayanan, who was given a clean chit by the CBI, had earlier alleged that the Kerala Police had “fabricated” the case and that the technology it was alleged to have stolen and sold in the 1994 case did not exist at that time. Was.

The CBI had said that the then top police officers of Kerala were responsible for the illegal arrest of Narayanan.

The top court had on September 14, 2018, appointed a three-member committee while directing the Kerala government to pay a compensation of Rs 50 lakh to Narayanan for forcing him to undergo “huge humiliation”.

The apex court had in September 2018 termed the police action against the former Indian Space Research Organization (ISRO) scientist as “psycho-pathological treatment”, saying that his “liberty and dignity”, which are fundamental to his human rights, were at stake. was put in Taken into custody and eventually, despite all past glory, forced to face “cynical abomination”.