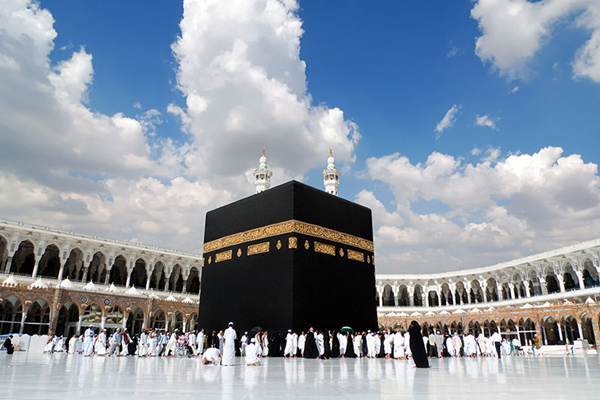 New Delhi: Union Minority Affairs Minister Mukhtar Abbas said that the last date for submission of applications for Haj 2021 has been extended till January 10, 2021. The potential expenditure per Haj pilgrims has also been reduced according to the embarkation point. Naqvi was speaking to reporters after presiding over the meeting of the Haj Committee of India at the Haj House in Mumbai today.

For Haj 2020, more than 2100 women applied to perform Haj without ‘Mehram’ (male relatives). These women will be able to go on Haj this time. Applications made for Haj 2020 by women going on Haj without ‘Mehram’ (male relatives) will also be valid for Haj 2021. In addition, new applications are also being accepted from women willing to undertake ‘Mehram’ Haj 2021 journey. Without the ‘Mehram’ category there will be no lottery system. Such people are applying from online, online and Haj Mobile apps.

Shri Naqvi said that in view of the epidemic in Haj 2021, the National – International Protocol Guidelines will be followed in an expeditious manner. Haj 2021 is to be held in the month of June-July. The entire Haj process is being done according to the eligibility criteria, age criteria, health conditions and other necessary guidelines set by the Government of Saudi Arabia and the Government of India in the wake of the Corona disaster, to ensure the health of the people of India and Saudi Arabia.

Naqvi said that arrangements for Haj 2021 have been made under special circumstances. The arrangements include specific methods, rules and regulations, eligibility standards, age restrictions and health requirements, given the situation in the Government of Saudi Arabia due to the Corona epidemic.

In the entire Haj pilgrimage process, a lot of changes have been made in view of the epidemic. The process includes housing, pilgrimage, transportation, health and other facilities in India and Saudi Arabia. All necessary guidelines for Hajj 2021 will be strictly followed in the event of an epidemic in Saudi Arabia.

Age standards may change depending on the effect of the corona. Under the International Air Travel Protocol set forth so far, every person going on Haj pilgrimage will be required to undergo a corona test 72 hours before the Haj pilgrimage. Before traveling to Saudi Arabia, each passenger must produce a PCR test certificate of negative results issued by the approved laboratory.

In the meeting, senior officials of the Union Minority Affairs Ministry, CEO of Haj Committee of India, MA. Khan and other officials were present.