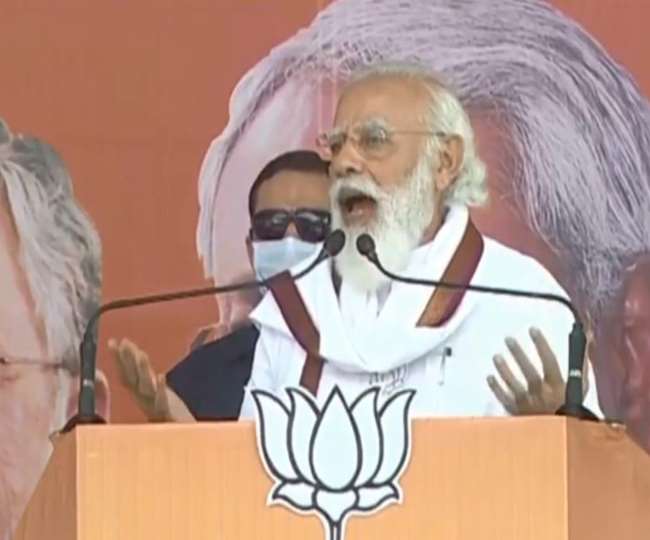 PM Modi Bihar Rally Live Updates: Prime Minister Narendra Modi is addressing rally in Bihar. His first address was in Darbhanga where he targeted opposition for the corruption under Lalu Prasad Yada. The Prime Minister is now rally in Muzaffarpur. After this, he will go to Patna. Last week, he addressed 3 rallies in Sasaram, Gaya, and Bhagalpur – that was his first set of rallies on October 23. Speaking at the first set of rallies, Prime Minister Modi had targeted opposition parties for misleading farmers on farm laws, promising jobs that, he thinks, they can’t create, insulting farmers and demanding the restoration of Article 370.