LJP will win more seats than JD (U) in Bihar elections: Chirag Paswan 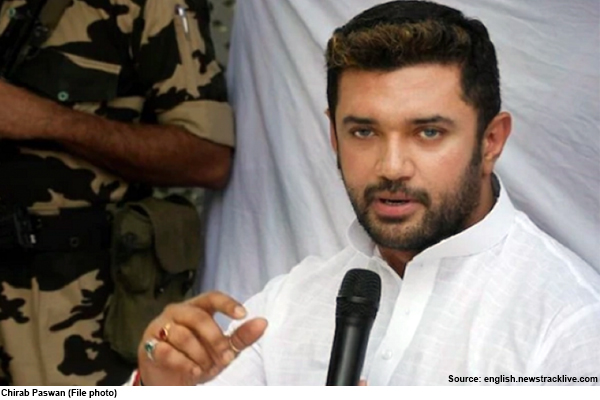 Patna: Polling for the 243-member assembly of Bihar is to be held on October 28, November 3 and November 7. Its results will be announced on 10 November. Apparently all political parties are trying all their bets to woo the public. However, before the election and election results, many political possibilities are also seen to be born. The air of Bihar assembly elections has changed since Chirag Paswan split from the NDA. Continuing his stand against Chief Minister Nitish Kumar, Lok Janshakti Party President Chirag Paswan on Monday claimed that his party would win more seats than the JD (U) in Bihar elections.

Lok Janshakti Party President Chirag Paswan said, “With your blessings, LJP will win more seats than JD (U).” Chirag said in a tweet, with the idea of ​​”Bihar first, Bihari first”, we Will create a new Bihar.

Mahagathbandhan Chief Ministerial candidate Tejashwi Yadav also expressed sympathy for Paswan and said, “Bihar Chief Minister Nitish Kumar’s behavior was inappropriate towards Paswan when he needed him most. What Nitish Kumar did to Chirag Paswan is not good. “

He said that Chirag Paswan today needs his father more than ever, but Ram Vilas Paswan ji is not with us and we are saddened by it. He told news agency ANI that Nitish Kumar did injustice to Chirag Paswan, his behavior is unfair. The Congress on Sunday released its campaign song ‘Bole Bihar Badal Sarkar’ (demanding change from the Bihar government) for the elections.