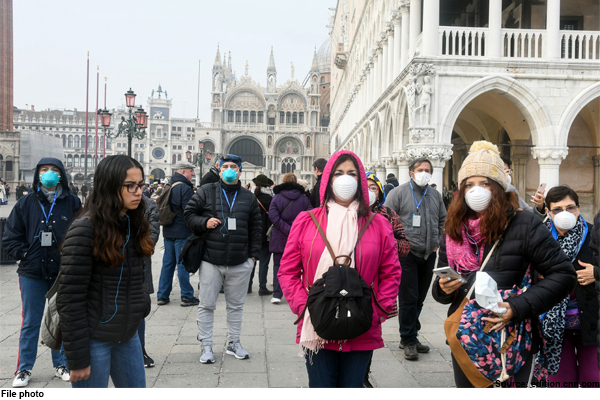 New Delhi: Around 4 crore people have been infected with the corona virus worldwide. Corona virus figures in the US have gone up to 8 million. On the other hand, on Friday, the world’s corona figures saw an increase of 40 thousand, making a record for the highest number of cases in a day. Corona recorded cases in Europe from Italy and Germany to Portugal, forcing some countries to impose lockdowns again.

Even people living in London have been banned from entering other people’s homes. Residents of Paris and 8 other major French cities have been restricted to live in their homes from 6 am to 9 pm for 4 weeks. Spain registered 6,591 cases and Italy recorded a record 10,010 cases, while Belgium is going to close the restaurant for 4 weeks from Monday.

The press office of the French Senate said on Friday that 8 French senators have been found to be Corona positive. One of the senators is hospitalized. The cases were traced to a trial campaign among 125 of the nation’s 348 senators. The country received 25,086 new corono virus cases on Friday. United Nations chief Antonio Guterres said on Saturday that an isolated world had failed completely to the challenge of fighting the epidemic, and called for concerted action to save millions from poverty and starvation.