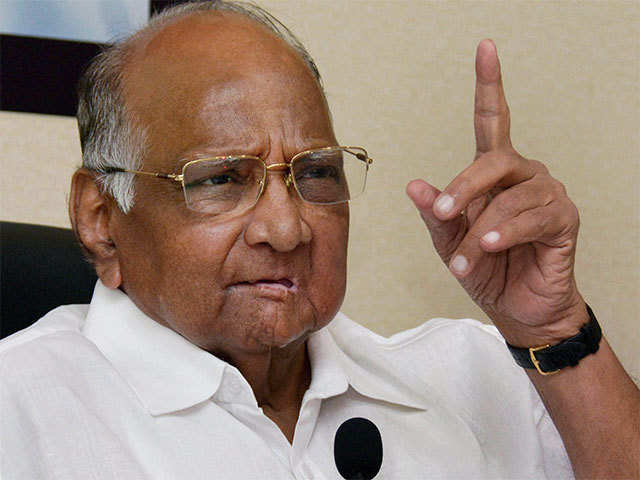 Sharad Pawar, the grand old man of Maharashtra politics, has emerged as the frontrunner to be appointed as the next UPA chairperson to replace Sonia Gandhi as she looks set to retire from the role.

According to sources, Sonia Gandhi’s reluctance to continue in the top job has been evident for a while and she is hopeful that her replacement will be found soon, and Pawar is the man likely for the job.

Unlike last time when Sonia Gandhi stepped down as Congress president but continued as UPA chairperson and also the leader of parliamentary party, this time her retirement is set to be complete. And hence, likely to step down from the post of UPA chairperson, sources told News18.

So are the likely candidates to replace her? Sources said that the need is for a chairperson who is a veteran and astute politician, and who can negotiate with other parties as well.

Regional players who are powerful like Mamata Banerjee’s TMC and MK Stalin’s DMK may not agree to negotiate with young Congress leaders, like say Rahul Gandhi. Also, with the Congress being in a very weak position, the power Sonia Gandhi wielded as the chairperson of UPA has now diminished.

So for her replacement, the search is for someone who has the qualities she had, and more importantly, also has the political power to take on Prime Minister Modi’s charisma.

Pawar, sources said, is the likely front runner. The Maratha strongman shares a good equation with almost all parties, and had shown last year, too, that he remains a political mastermind after he sprung a shock on the BJP and formed the government in Maharashtra with the NCP-Shiv Sena-Congress combine.

Sources said Pawar retains the fascinating quality of being able to prevail over friends and foes alike, which will be crucial when managing alliances as the UPA chief. When Pawar picks up the phone, senior leaders are likely to come on the line, but this may not hold true for say Mamata Banerjee, who was reluctant to speak to Rahul Gandhi.

Pawar also has the respect of the PM and so a working relationship may not be difficult to form. The only problem is that many within the Congress feel the wily old Pawar cannot be always trusted.

If Pawar does indeed replace Sonia Gandhi, it would not be short of a major irony, as politics indeed throws up often. He was one of the main opponents of Sonia Gandhi as she was a foreigner, and from this tussle, the NCP had been born.