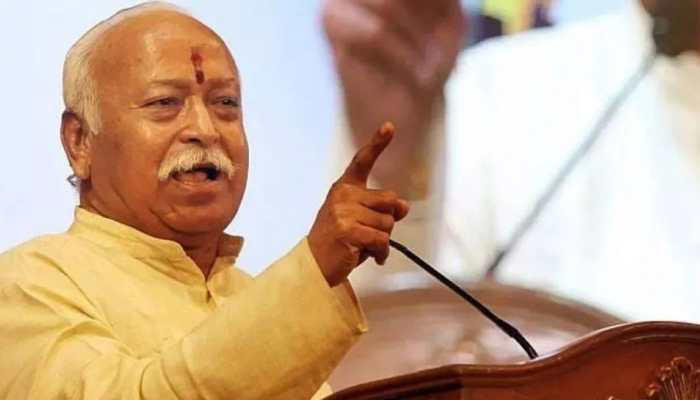 New Delhi: On the 126th birth anniversary of Netaji Subhash Chandra Bose, RSS chief Mohan Bhagwat on Monday said the great freedom fighter’s dream of making India great is still incomplete and urged everyone to work hard to fulfill it. “Netaji’s dream of making India great is unfulfilled. RSS chief Mohan Bhagwat said in Kolkata, we all have to work hard to fulfill it. In his speech, Bhagwat said, “The whole world is looking towards India for leadership, we have to set an example.”

The RSS chief made the remarks while speaking at an event in Kolkata on the occasion of ‘Parakram Diwas’ to commemorate the 126th birth anniversary of the iconic freedom fighter. A grand program was organized by the Rashtriya Swayamsevak Sangh at the Shaheed Minar ground in Kolkata.

Earlier, Prime Minister Narendra Modi paid tributes to Subhash Chandra Bose on his 126th birth anniversary and recalled Netaji’s “unparalleled contribution to the history of India”. “Today on Parakram Diwas, I pay tribute to Netaji Subhash Chandra Bose and remember his unique contribution to the history of India. He will be remembered for his fierce resistance to colonial rule. We look forward to his vision for India working to make it a reality.” Modi wrote in his tweet.

PM Modi to virtually participate in an event to name the 21 largest unnamed islands of the Andaman and Nicobar Islands after 21 Param Vir Chakra awardees on Parakram Divas today. According to an official release from the Prime Minister’s Office (PMO), PM Modi will also unveil the model of the National Memorial dedicated to Netaji to be built on Netaji Subhash Chandra Bose Island.

Keeping in view the historical significance of the Andaman and Nicobar Islands and to honor the memory of Netaji, the Ross Islands were renamed as Netaji Subhash Chandra Bose Island by the Prime Minister during his visit to the island in 2018.

Neil Dweep and Havelock Dweep were also renamed as Shaheed Dweep and Swaraj Dweep. Giving due respect to the real life heroes of the country has always been given top priority by the Prime Minister. Moving forward in this spirit it has now been done. It has been decided to name the 21 largest unnamed islands of the archipelago after the 21 Param Vir Chakra awardees,” the PMO statement read.

Born on January 23, 1897, Netaji played an important role in India’s independence movement. Subhash Chandra Bose established the Azad Hind Fauj. While there is controversy over Bose’s death in a plane crash in Taipei on August 18, 1945, the central government confirmed in an RTI (right to information) filing in 2017 that he had died in the incident.