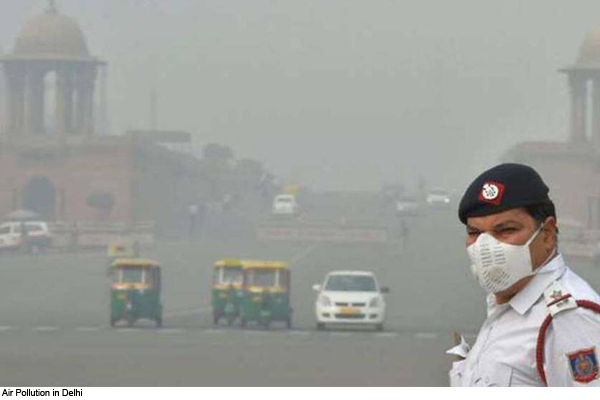 New Delhi: Dr. PK, Principal Secretary to the Prime Minister. Mishra presided over the meeting of a high-level task force constituted to improve air quality in the National Capital Region. The meeting was attended by the chief secretaries of Delhi, Punjab, Haryana, Rajasthan and Uttar Pradesh, as well as secretaries of various departments / ministries of the central government. These departments / ministries include the Ministries of Environment, Forest and Climate Change, Agriculture, Roads and Petroleum besides the Central Pollution Control Board.

The Principal Secretary to the Prime Minister emphasized that this meeting has been convened long before the harvesting and the beginning of winter season to ensure proper precautionary and preventive measures to deal with the causes of air pollution.

During the meeting, the efforts made by the states of Punjab, Haryana and Uttar Pradesh for prevention of burning of residues of crops and their schemes were considered in detail. In this, emphasis was laid on ensuring the deployment and availability of machines at the ground level for the management of crop residues.

It was emphasized in the meeting that after the recent inclusion of crop residue-based power / fuel plants in the priority credit sector by the Reserve Bank of India, both the Central and State Governments should jointly work together for faster deployment of such plants. Should prepare an action plan from. During the meeting, crop diversification and measures to strengthen supply chains were also discussed.

The Principal Secretary highlighted the importance of effective implementation of the crop residue scheme of the Ministry of Agriculture by the states. He emphasized that the state governments should ensure that the new machinery to be deployed during the current year reaches the farmers before the start of the harvesting season. The Ministry of Agriculture was instructed to provide all necessary assistance in this regard.

To control the burning of the straw, it was emphasized that a sufficient number of teams be deployed at the ground level. They should ensure that there is no incident of stubble burning especially in Punjab, Haryana and Uttar Pradesh. These states need to put extra effort and appropriate incentives, especially in the respective districts.

GNCT- The Delhi government was requested to ensure measures to control local sources of pollution. The Principal Secretary said that teams should be deployed to control the burning of waste in the open. He said that special attention needs to be given to the deployment of teams for IT-enabled monitoring of mechanical road sweepers, improving the usefulness of construction materials and debris and specially implementing the action plan for the identified hot spots. It was decided in the meeting that Haryana and Uttar Pradesh will prepare and implement similar action plans in their areas under NCR.

The Principal Secretary stressed that the measures envisaged should be implemented well before the critical situation arises. He said that compliance of emission norms by industry in industrial areas also needs to be taken care of.