Police negligence in Hathras case, one accused is minor 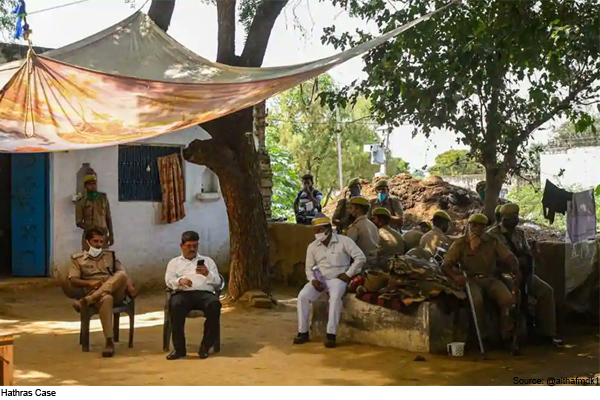 New Delhi: The role of the police in the Hathras incident has been questionable since the beginning. Another negligence of the police has come to light in this case. Let us know that the high school marksheet of one of the four accused in Aligarh jail has revealed that he is a minor. How much negligence has occurred in this case, it is known from this that the police sent him to Aligarh Jail without investigation. Whereas according to the law, he should have been sent to a child improvement home under the Minor Act. The extent of negligence was made when the police also made the identity of the minor accused public.

Explain that the CBI team, which came to the house of the accused for questioning, has a high school marksheet of an accused in which he turned out to be a minor. After this, the CBI also questioned the suspended policemen. Till late Monday night, the CBI team interrogated the suspended CO Ram word, Inspector DK Verma and Head Moharr Mahesh Pal at Kotwali Chandpa for about 5 hours.

Earlier in the day on Monday, a CBI team also met the doctors of Aligarh Medical College, who treated the victim and inquired and got information. After this, the CBI team reached Aligarh Jail, where the four accused are locked. The CBI team interrogated the four accused for a long time. Significantly, for the last 8 days, the CBI is engaged in a speedy investigation in this case. On the other hand, the SIT is also going to submit its investigation report on 21 October.