Home
Nation
Prashant Bhushan sentenced to Rs 1, What is the intention of SC behind this?

Prashant Bhushan sentenced to Rs 1, What is the intention of SC behind this? 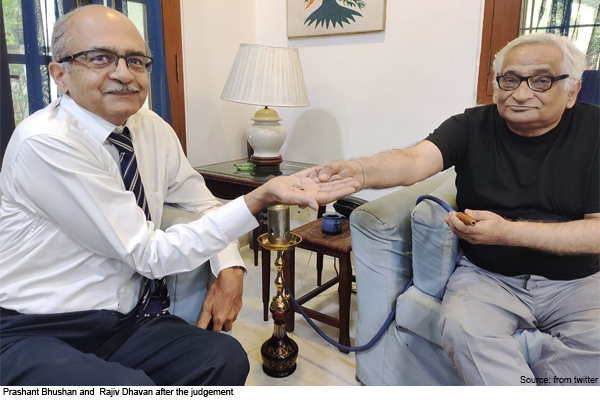 However, what is the motive of the Supreme Court behind Rs. 1 in punishment, it is difficult to understand right now. But will Prashant Bhushan appeal this sentence or will accept the punishment and pay the fine. Well this will also be known soon.

By the way, the answer to this question can be extracted from Bhushan’s statement recorded in the tweet with some photographs. He wrote, “My lawyer and senior partner Rajiv Dhawan today gave me a rupee as soon as the judgment on the contempt case was accepted with gratitude.” Now what is the meaning of mixing this statement with both pictures? Leaves? Has Prashant Bhushan and his lawyers in the contempt of court made up his mind to pay the prescribed fine by the country’s highest court or will he appeal further.