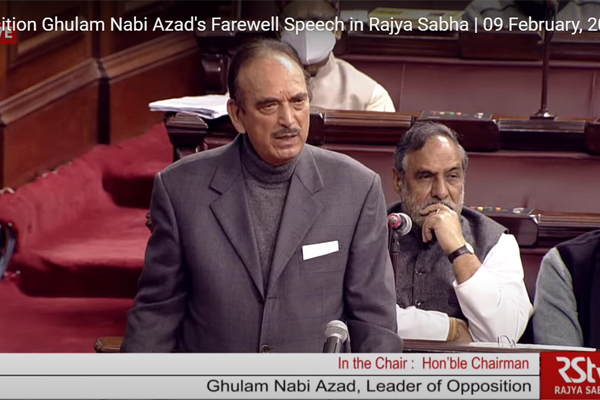 New Delhi: Today was an emotional speech in the Rajya Sabha as all the members came together to bid farewell to the retired MPs. After PM Narendra Modi paid a heartfelt farewell to the veteran Congress leader, Ghulam Nabi Azad thanked all the MPs and repeated his political journey from Jammu and Kashmir to New Delhi.

The veteran Congress leader recalled former Prime Minister Atal Bihari Vajpayee in his address. He said, “I got a chance to work with Indiraji and Rajivji as a minister. There was also an opportunity to represent the party at the time of Soniaji and Rahulji. We had a minority government and Atal ji was the Leader of the Opposition, running the House was the easiest during his tenure. How it is easy to solve many issues, was learned from Atal Ji. “