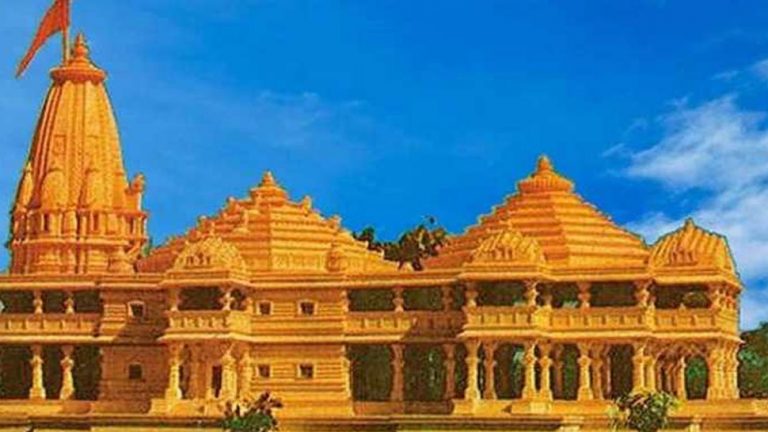 Chronology of events in Ram Janmabhoomi

Prime Minister Narendra Modi on August 5, 2020 laid the foundation stone of the Ram Temple in Ayodhya, one of the most awaited moments in the country. The apex court on November 9 last year had paved the way for the construction of a Ram Temple by a trust at the disputed Ram Janambhoomi-Babri Masjid site at Ayodhya, and directed the Centre to allot an alternative five-acre plot to the Sunni Waqf Board for building a new mosque at a “prominent” place in the town in Uttar Pradesh.

Babri Masjid demolition: December 6, 1992, Over 150,000 people were involved in the Babri Masjid’s demolition. Masjid was razed 26 years ago.

28 years after the Babri Masjid structure was demolished on December 6, 1992, by ‘kar sevaks’ who claimed that the mosque in Ayodhya was built on the site of an ancient Ram temple, take a look at the timeline of events:

1949: Idols of Ram Lalla placed under central dome outside the disputed structure

1961: UP Sunni Central Waqf Board files suit for possession of the site

Feb 1986: Local court orders the government to open the site to Hindu worshippers

Dec 1992: Two FIRs filed in the case. One against unknown kar sevaks for demolition of the mosque. The other names BJP leaders L K Advani, M M Joshi and others for allegedly giving communal speeches before the demolition

Sep 2010: In a 2:1 majority, HC rules three-way division of disputed area between Sunni Waqf Board, Nirmohi Akhara and Ram Lalla

April: SC favours time-bound completion of trial in the case and reserves order on CBI’s plea. SC restores criminal conspiracy charge against leaders including Advani, Joshi and Uma Bharti and clubs the trials in the matters pending against VIPs and kar sevaks

Dec 4: SC dismisses plea to have govt nominees in trust to build mosque in Ayodhya