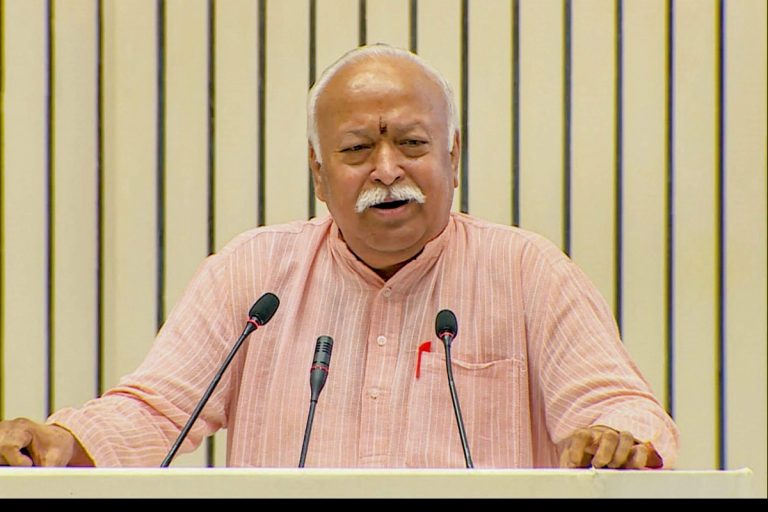 Like every year on the occasion of Dussehra, arms worship will be done at the headquarters of the Rashtriya Swayamsevak Sangh (RSS) in Nagpur. On Vijayadashami, there is a law in the RSS to do arms worship. On this occasion, Sangh chief Mohan Bhagwat is addressing the people. No chief guest has been called this time due to the corona virus and fewer than 50 volunteers are participating in the program.

Addressing the program, Mohan Bhagwat said, ‘In 2019, Article 370 became neutral, then the Supreme Court ruled Ayodhya on 9 November. The entire country accepted this decision. On 5 August 2020, the foundation stone of the Ram temple was laid. We have seen the patience and sensitivity of Indians during these events. ‘

The RSS chief said that due to Corona Mahmari many topics were suppressed. Corona lost less in India. Many rules were made to be careful with Corona. Article 370 became ineffective. After this, everyone accepted the decision of Ram temple with restraint. There is no threat to citizenship law.

Addressing the Sangh activists, Mohan Bhagwat said that India appears to stand up better in this situation of crisis than other countries of the world. The impact of the devastation of this epidemic in India is less visible than in other countries. An atmosphere was created against the citizenship law.

Mohan Bhagwat said, ‘We saw CAA protests creating tension in the country. This year focused on the corona before it could be discussed further. Therefore, the communal flare-up was left in the minds of only a few people. Corona overshadowed all other subjects. ‘