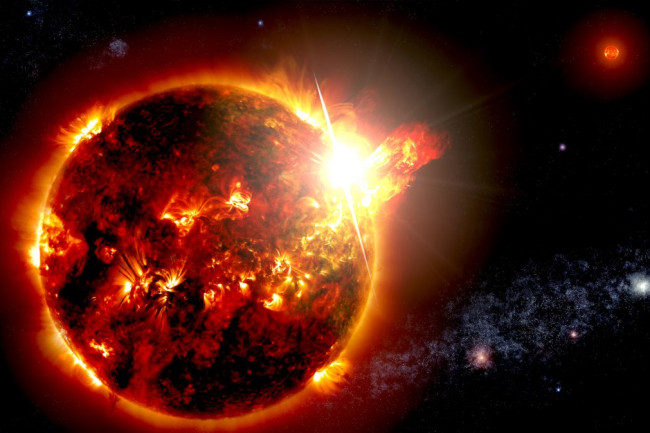 New Delhi: In order to discover a new kind of life in the universe, clouds of mystery are sorting. Scientists have established some empirical relationships, making it possible to use spectral indices to find basic parameters of M. dwarf stars, which can identify those stars as potentially habitable.

M. Dwarf is the youngest of all stars, whose mass is about 8 percent to about 50 percent of the Sun’s mass. Over 70% of all stars in our galaxy are stars M dwarf (also known as red dwarfs). These strings are dominated by the entire stellar population in terms of numbers. For a long time, scientists have not considered them in the category of habitable planets.

As new evidence suggests, the probability of the occurrence of planetary systems, especially Earth-like planets orbiting in ‘habitable zones’, increases with decreasing stellar mass and radius. M Dwarf stars are becoming attractive targets for potential extra-Earth searches due to their proximity, small size and low mass. NASA’s Kepler mission believes that the determination of the nature of these low-mass stars has become important because of the M Dwarf stars being swarmed with rocky planets.

Sn A team of scientists from the Bose National Center for Basic Sciences (SNBNCBS), an autonomous institute under the Department of Science and Technology (DST), Government of India, led Dr. Somen Mandal (Faculty at SNBNCBS) along with his colleagues Mr. Dhrimadrikata (PhD student at SNBNCBS), Dr. Ramakrishna Das (Faculty at SNBNCBS), Dr. Supriyo Ghosh (now postdoctoral fellow at TIFR) and Mr. Samrat Ghosh (PhD student at SNBNCBS) along with a rocky extra-solar planetary hosts. New reliable experimental relationships have been established to find the basic parameters of M dwarf wires for the determination of nature. The findings of the current research work were recently published in the journal ‘Monthly Notices of Royal Astronomical Society’.

A total of 53 M dwarf stars were studied using a TIFR Near-Infrared (NIR) spectrometer and imager (TIRSPEC) instrument on a 2-M Himalayan lunar telescope (HCT) located in Hanle, India. A new medium-resolution spectrum of M-type dwarf stars (M 0 V – M 7 V) covering the NIR wavelength was extracted. Using the effective temperature (teff), radius, and brightness of nearby bright calibration stars, the team has made new empirical relationships between those basic parameters and the spectral indices of M dwarf stars.

Determining the stellar parameters in M ​​dwarf stars has been a challenging task since these M dwarf stars are smaller, relatively cold, and fogier than stars like the Sun. These new experimental relationships can help overcome this challenge.