Home
My Voice
Secrets of Badrinath temple, there is a ban on blowing the conch

Secrets of Badrinath temple, there is a ban on blowing the conch 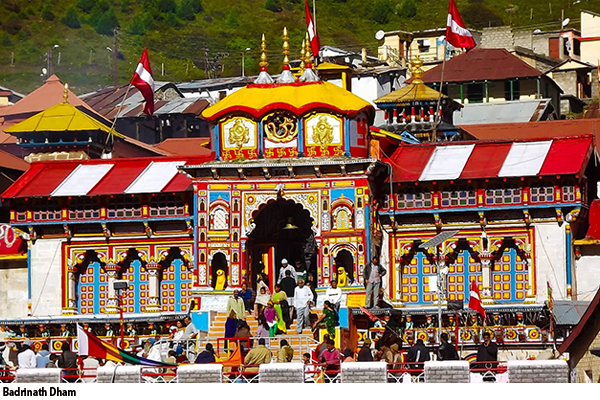 The name of this temple of Shiva is based on Mata Lakshmi, Lord Vishnu did penance in this part of Badrinath

One of the 12 Jyotirlingas (Jyotirlingas) of Shiva in Badrinath Dham gets rid of all a person’s troubles. It is near Kedarnath. This abode of Shiva is very miraculous. It is full of many mysteries. One of these is the non-playing of conch shells here. Although blowing conch shell is considered auspicious in every temple, it is banned in Badrinath. There are two reasons for this.

The first reason is that the Badrinath temple remains covered with snow. The sound emanating from the conch shell can hit the ice in such a situation. This increases the risk of snow storms.

There is also a spiritual reason for not blowing a conch shell in Badrinath. According to the scriptures, once Goddess Lakshmi was meditating in the Tulsi Bhawan built-in Badrinath. Then Lord Vishnu killed a demon named Shankhachurna. Since the conch shell blows on victory in Hinduism, Vishnu did not want to disturb Lakshmi’s attention. That’s why he didn’t blow the conch. Since then conch is not blown in Badrinath.

According to another legend, Agastya Muni was killing demons in Kedarnath. Then two of them, the demons Atapi and Vatapi, managed to escape from there. It is said that the demon Atapi took the help of the river Mandakini to save his life.

At the same time, the demon Vatapi took the help of the conch shell to escape. He hid inside the conch. It is believed that if someone blew a conch shell at that time, the demon would have run away from it. For this reason, the conch is not blown in Badrinath. There is a secret hidden in the name of Badrinath temple. Although this is the abode of Shiva, but Vishnu ji and Goddess Lakshmi are also worshiped here.

According to the Puranas, when Lord Vishnu was absorbed in meditation. Then a lot of snow started falling. Due to this the whole temple was also covered. Then Mata Lakshmi took the form of Badri i.e. a plum tree.

In such a situation, the snow falling on Vishnu was now falling on the plum tree. Due to this Vishnu ji was saved from the havoc of the snow. But years later, when Vishnu saw this condition of Goddess Lakshmi, he became emotional. He told Lakshmi ji that she had also been his partner in his harsh penance. In such a situation, Lakshmi ji will also be worshiped along with him in this Dham since the goddess had taken the form of Badri i.e. plum tree. Hence this temple was named Badrinath.

It is told in the Puranas that the part of Badrinath in which Vishnu did penance, today that place is known as Tapa Kund. Hot water remains in this pool in every season. It comes out of the earth. It is said that whoever takes a bath with this water, his skin problems including other problems go away.