Home
Nation
Shubhendu did not attend the swearing-in ceremony of the Governor of West Bengal, says ‘Mamta is the most wretched politician’

Shubhendu did not attend the swearing-in ceremony of the Governor of West Bengal, says ‘Mamta is the most wretched politician’ 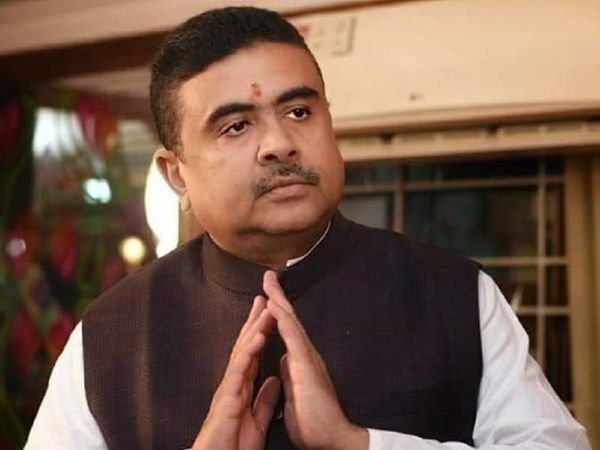 BJP MLA and Leader of Opposition in the West Bengal Assembly Shubhendu Adhikari on Wednesday skipped the swearing-in ceremony of Dr CV Anand Bose over a ruckus in the seat arrangement and slammed state Chief Minister Mamata Banerjee as “the only woman born in India so far”. Worst leader ever. , In a series of tweets just before the swearing-in ceremony, the Bengal BJP leader clarified that he would not attend as he was seated next to MLAs Krishna Kalyani and Biswajit Das, who were elected on BJP tickets but later defected. Have become. To the ruling TMC.

In one of his five tweets, Suvendu said, “LoP has been made to sit next to ‘soon to be disqualified’ MLAs Krishna Kalyani and Biswajit Das. Both were elected on BJP tickets and later Switched to TMC, so anti-defection proceedings are on.” going against them.”

The officer further tweeted, “I will not attend the ceremony as it is not possible for me to sit next to such objectionable persons”, he said. Holding West Bengal Chief Minister Mamata Banerjee responsible for all this, she said, “Department of Information and Cultural Affairs; Government of West Bengal has made the arrangements for the swearing-in ceremony. The seating arrangement is as per the wish of the minister in-charge @MamataOfficial.” “

In one such tweet, she said, “Compartmental’ CM @MamataOfficial still gets nightmares about ‘Nandigram 1956’, so she is doing this out of envy. Instead of Bangla Academy Award for “relentless literary pursuits” He should have been given a “vindictive award for tirelessly working to flout constitutional norms”.

Suvendu further added, “She is the worst politician India has ever produced, who rose to power shamefully by becoming a “portfolio-less” Union minister.” If she’s happy that her third-rate tactics will upset me then she’s living in a fool’s paradise. Unlike him, I am conscious of my dignity.”

“Being the Leader of the Opposition, I am the representative of the people of West Bengal. It is, therefore, my duty to apprise the constitutional head of the state about the various issues that have plagued our state, such as rampant corruption, Deteriorating law and order and financial bankruptcy”, he said in another tweet.