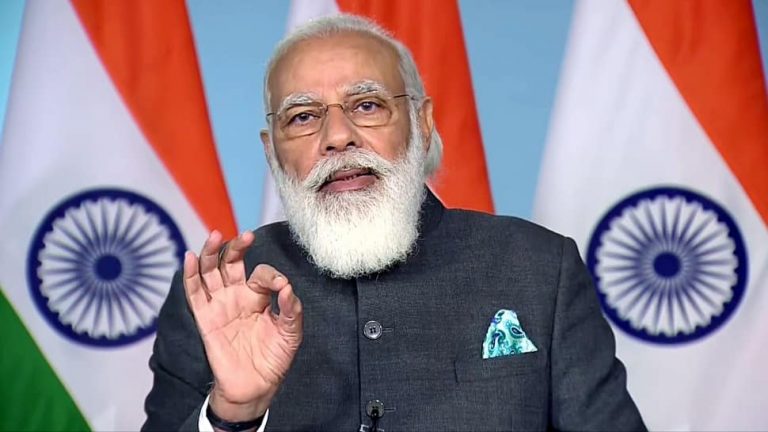 Addressing the event, the Prime Minister called for working together to make India a global hub for telecommunications equipment, design, development and manufacturing. He warned that due to technological upgradation we have a culture of changing handsets and gadgets frequently. He asked the delegates to consider whether the industry could form a workforce to better deal with the electronic waste and to think about creating a circular economy. They requested to ensure the timely launch of 5G to take a quantum leap in the future and work together to empower millions of Indians.

The Prime Minister said that with the coming technology revolution, thinking and planning to improve life is very important. He said that providing better health care, better education, better information and opportunities to farmers and better market access to small traders are some of our goals that can be worked out.

The Prime Minister appreciated the representatives of the telecom sector and said that despite the epidemic, the world continued to work due to their innovation and efforts. He said that because of his efforts a son remained connected with his mother living in a different city, a student continued to learn from his teacher without going to class, the sick man sat at home consulting his doctor and a businessman elsewhere Remained connected with the consumer of

The Prime Minister said that technology is the code for young people in the field that makes the product special, for some entrepreneurs it is the idea that matters more, investors suggest that capital is more important for the scale of a product. He stressed that often the conviction of its products is of paramount importance for the youth. Occasionally perseverance stands between exiting and vastness with profits.

The Prime Minister said that due to mobile technology, we are able to provide benefits of several billion dollars to millions of Indians. We were able to help the poor and vulnerable people quickly during the epidemic and we are witnessing millions of cashless transactions which encourage formalization and transparency. He said that we will be able to make it seamless at toll booths.

The Prime Minister expressed satisfaction over the success achieved in making mobiles in India. He said that India is emerging as a preferred destination for mobile production. He said that to encourage telecom equipment production in India, a productivity-linked incentive scheme was launched. He said that the aim of the government is to provide high-speed fiber optic connectivity in each village in the next three years. He said that in this direction special attention is being paid to those places which can get the most benefit of such connectivity – Anakakshi district, extreme creed dominant district, northeastern state, Lakshadweep etc. He said that broadband connectivity of the scheduled line and expansion of public Wi-Fi hotspots would be ensured.