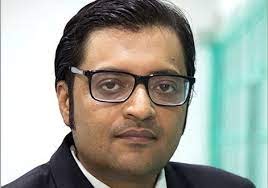 Republic TV is run by ARG Outlayer Media Private Limited. A division bench of Justice SS Shinde and Justice Manish Pitle on Monday heard a petition filed by the media company to dismiss the Mumbai Police FIR and the chargesheet filed in the TRP manipulation case.

The police named Republic TV and two other Marathi channels that were allegedly involved in the practice.

He further said that sample houses, where bar-o-meters were installed to monitor ratings, paid for watching some TV channels to increase the TRP. The amount paid ranged between Rs 400 and Rs 500 per month per household.

Stating that TRP was used by the channels to get higher advertising revenue, the police said that the money made from such ‘manipulation’ would be seen as “proceeds of crime”.

Dasgupta was arrested in December 2020 in the case. During that period, his phone was confiscated. The chats recovered from his phone were eventually leaked on social media and news channels. Subsequently, Dasgupta was granted bail by the Bombay High Court on Tuesday 2 March 2020 on a bond of Rs 6 lakh.

In the alleged conversation, Goswami complained about the TRP ranking of his rivals, while Dasgupta expressed his displeasure about the Telecom Regulatory Authority of India (TRAI) and requested him to help him get an advisory position with the Prime Minister’s Office .

The chat includes several alleged conversations between Goswami and Dasgupta about various incidents (and coverage of the Republic), including the Pulwama attack and the Balakot airstrikes in February 2019, hinting that national-level confidential knowledge is being republished. The editor of the TV is being informed — in the main.

Referring to the conversation that took place between Dasgupta and Goswami, Mundaragi replied that the chat was “out of context” by the Mumbai police to make the case. He further stated that there was not a single message discussing TRP manipulation. “They were discussing topics that two friends can usually discuss,” he said.

The court asked the police to set a time limit to complete the investigation. Seeking the response of the police, the next hearing will be on Wednesday 24 March.