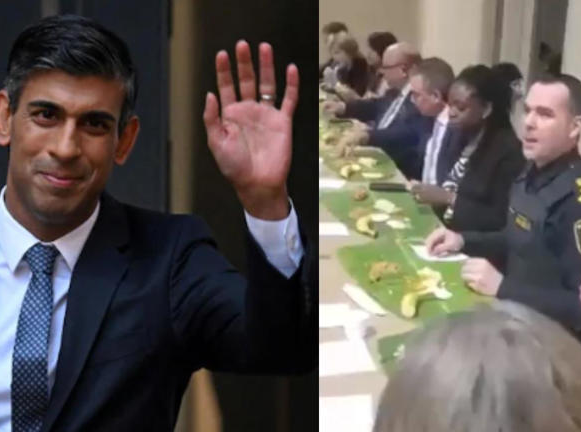 This video has been shared by many people on Twitter. In the short clip, Rishi Sunak’s office staff can be seen enjoying the Pongal luncheon hosted by him at 10 Downing Street in London. The employees were eating a traditional feast on banana leaves and were being served by men dressed in dhoti.

Grt idea …! Will try to do for my north Indian frnds pic.twitter.com/NKuiatLELX

Pongal is also known as Thai Pongal and is majorly celebrated by Tamil people all over the country.

“I want to send my best wishes to everyone celebrating Thai Pongal this weekend. I know how much this festival means to families across the country. I wish everyone here and around the world this Thai Pongal. Wishing you health, happiness and prosperity.” said in a video message.