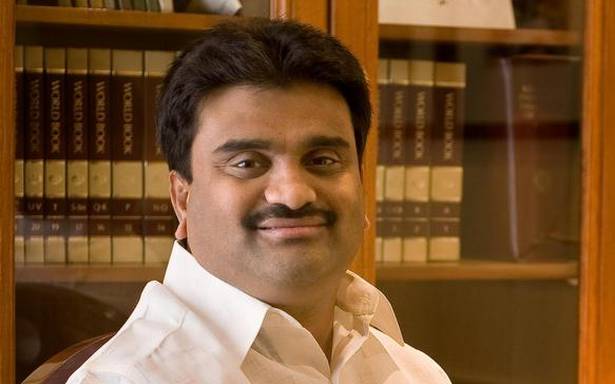 His body has been sent for a postmortem to ascertain the cause of death. AM Arun, the founder of Tamil Nadu-based Vasan Eye Care passed away in Chennai on Monday. He was 51. According to reports, Arun was declared dead on arrival by the doctors at Chennai’s Kauvery Hospitals on Monday morning, the cause of his death being unclear.

His body was then sent to the Omandurar Multispecialty hospital for an autopsy to determine the same. Arun rose from humble beginnings in Tamil Nadu’s Trichy, where he took his first step in the healthcare industry by acquiring a 60-year-old medical shop in 1999.

The healthcare group was caught in a web of controversial money dealings in 2015 and were alleged of having links with politicians like P Chidarambam and his son Karti in 2015. The department of Income Tax had also conducted searches in Arun’s residence in Chennai and Vasan Healthcare’s offices in Mylapore in 2015. The Enforcement Directorate (ED) had also conducted investigations into the financial dealings of the group.

He then set up the first eye care hospital in Trichy in 2002, which has since grown into a large network of over 100 hospitals providing treatment for the eyes across the country. Of this 13 hospitals are based in Tamil Nadu. The group claims to have over 600 ophthalmologists and over 6,000 staff members working in its centres.

According to Vasan Eye Care’s website, Frost & Sullivan, a US-based growth strategy and research firm, certified the eye care group as the ‘World’s Largest Eye Care provider with the maximum number of standalone surgical centres’ in 2011.

Insolvency proceedings were initiated against Vasan Healthcare Private Limited, the parent company of Vasan Eye Care, in 2017 based on a petition filed by Alcon Laboratories. Alcon Laboratories was one among the suppliers of Vasan Healthcare. However, various litigation processes delayed the proceedings by a couple of years. Madras supreme court had stayed the insolvency proceedings till September 2019. As of June 2020, the case is pending before the National Company Law Tribunal (NCLT) in Chennai.

RSS ideologue S Gurumurthy first made the allegation that Chidambarams recieved black money through Vasan, but Vasan and Chidambaram had staunchly denied this.