Home
Nation
Why is the roof of the temple made like a pyramid?

Why is the roof of the temple made like a pyramid? 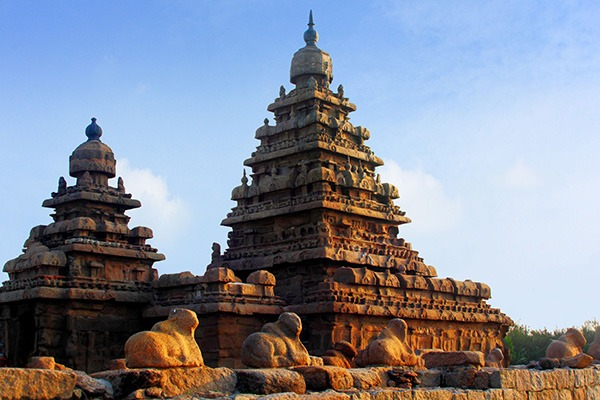 New Delhi: A special type of design is made on the roofs of temples. This shape becomes pointed at the top. The question is, why are the roofs of temples made in this way? Is there any science behind it, let us know? According to experts, there are two types of temple building styles in India, North India (Nagar style) and South India (Dravidian style). In North India, the roof is called Shikhar in the language of temple architecture and in South India it is called Vimana. In South India, Shikhar refers only to the stone placed on the top, while in North India, the Kalash is placed at the top. Apart from this, there are some other temple construction styles similar to these. Why is the roof of the temple made like a pyramid? Talking religiously, the universe was in the form of a point, so the peak of the temple is in the form of a point which works to accumulate positive energy from the universe. Science also accepts that by making such a pyramid hollow from inside, a store of positive energy gets accumulated in that empty space. If a person comes under this energy center then he also receives positive energy. According to architecture, it is not necessary that there should be a statue of God in front, but if there is a statue of your presiding deity, then the effect of positive energy mentally increases manifold. The second major reason is that due to this shape, the sun’s rays do not affect it and the inside and bottom part of the triangle remains cool despite the high temperature outside. Temples in India were also built for the rest of the travelers, so that the fatigue of the travelers could be removed quickly, hence this type of architecture was also used. The temple can be identified from a distance because of its shikhara, as the idol of the Lord is installed below. Because of this type of shape, no person can stand on top of the statue. Temples are constructed with complete scientific method. The architecture of the temple is such that it maintains purity, peace and divinity. The roof of the temple is made keeping in mind the sound principle, which is called Gumbad. The idol is installed just below the focal point of the shikhara. Due to the dome, the voices of mantras and other sounds made in the temple resonate and affect the person present there. Due to the center of the dome and the idol being the same, energy flows continuously in the idol. When we touch that idol, bow our heads in front of it, that energy enters us too. This energy radiates strength, enthusiasm and happiness. Related tags : Dravidian style Nagar style North India pyramid South India temple