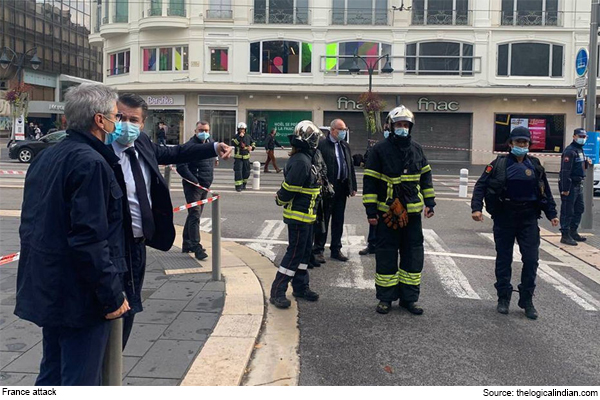 New Delhi: In France, an attacker in the city of Nice has attacked people with a knife. The attacker cut a woman’s head with a knife and then killed two people. According to Reuters, a total of 3 people have been killed. The city’s mayor Christian Estrosi says the attack took place near Natre Dame Church, calling it a terrorist attack.

Let us tell you that on 13 October, just 13 days ago, a middle school history teacher in Paris Samuel Patty was killed. Patty’s head was severed from the torso. Samuel Patty was killed by 18-year-old Chechen-Russian Abdullah Anjorov. Since then, President Macron has been seen to be tough against ‘Islamic separatism’ in France.