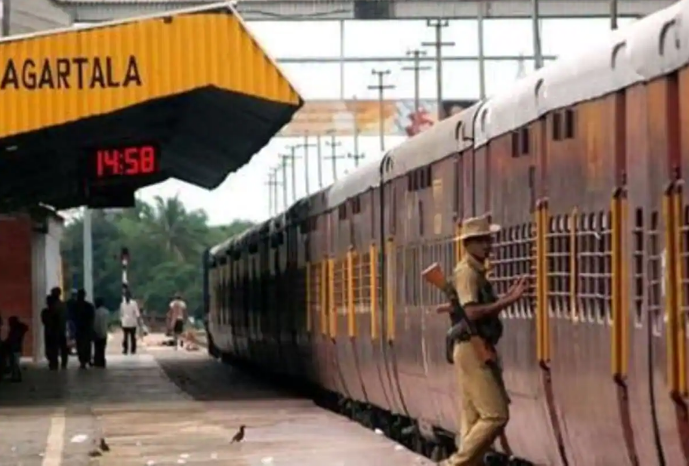 New Delhi: India is set to reopen a railway line with its neighboring country Bangladesh after 55 years on Thursday. The line will connect the West Bengal of India to Chilhati in Bangladesh across the border. The rail line from Haldibari (West Bengal) to Chilhati (Bangladesh) has deteriorated since 1965 after the rail link between India and the then East Pakistan was severed.

According to an official of the Northeast Border Railway, the rail route across the India-Bangladesh border will be re-launched on 17 December by Prime Minister Narendra Modi and his Bangladeshi counterpart Sheikh Hasina. The distance between Haldibari railway station to the international border is 4.5 kilometers, while the zero point from Chilhati in Bangladesh is around 7.5 kilometers.

This will help boost trade after the railways open, as well as build cross-border railway connectivity. In addition, the 75 km long track will also help in better integrating the rest of the country with the Siliguri Corridor, also known as ‘Chicken’s Neck’. The corridor connects India to the northeastern states, which in recent times have seen increasing aggression from another neighboring country of China.

The road has been closed since the 1965 war between India and Pakistan. However, in the last few years, Bangladesh and the Indian government discussed a lot about opening this route and rectified the structure from here and today is the day when the rail service will be resumed on this route again.

North Frontier Railway officials said the international border is 4 and a half kilometers from Haldibari station. At the same time, the Chilhati border is 7 and a half kilometers from Bangladesh. First a freight train has been sent between Chilhati to Haldibari on this route. A North Frontier Railway official said that when passenger service starts on this route, Kolkata to Jalpaiguri will reach in 7 hours and there will be a time saving of 5 hours.