Home
States
After Maharashtra, Jharkhand is also on the path of the BJP, JMM announces support for Draupadi Murmu

After Maharashtra, Jharkhand is also on the path of the BJP, JMM announces support for Draupadi Murmu 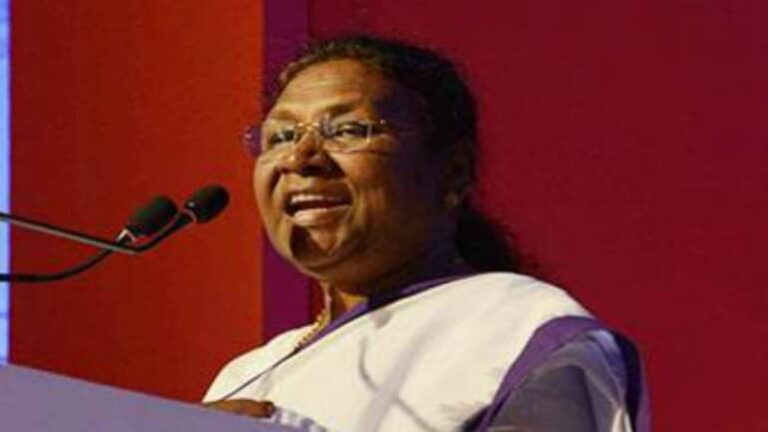 The political situation in Jharkhand is developing rapidly as the Jharkhand Mukti Morcha (JMM) has announced its support for NDA’s presidential candidate Draupadi Murmu, although the party is running a coalition government with the Congress supporting Yashwant Sinha.

This week, photographs of Chief Minister Hemant Soren with Prime Minister Narendra Modi, while the new airport was inaugurated at Deoghar later, also sparked speculation of the JMM being closer to the Bharatiya Janata Party. Soren had actually reached Deoghar on July 12 to review the arrangements ahead of the PM’s visit. “If we get support from the Centre, Jharkhand will become a forward state in the next five years. Today is a historic day for Jharkhand. If there is cooperation between the Center and the state, then rapid development is possible,” Soren said from the dais on the occasion in the presence of the Prime Minister.

However, Jharkhand Mukti Morcha leaders say that the Chief Minister had attended the Prime Minister’s program as per protocol.

On 4 July, Soren had given Draupadi Murmu a warm welcome when he visited the state to seek JMM’s support. Opposition candidate Yashwant Sinha is yet to visit Jharkhand and is expected to reach there on July 16. But, earlier, the JMM on Thursday announced its support for Murmu, saying that for the first time after independence, a tribal woman was installed. to become president.

The JMM is largely dependent on tribal support to gain power in Jharkhand. However, the move will move away from Congress, the party’s alliance partner in the state. Senior Congress leaders of the state had, in fact, met Yashwant Sinha in Delhi on 13 July, promising their support to him.

In the 81-seat Jharkhand Assembly, JMM has 30 seats, while Congress has 16 and BJP has 25 seats. Five seats are occupied by other parties.