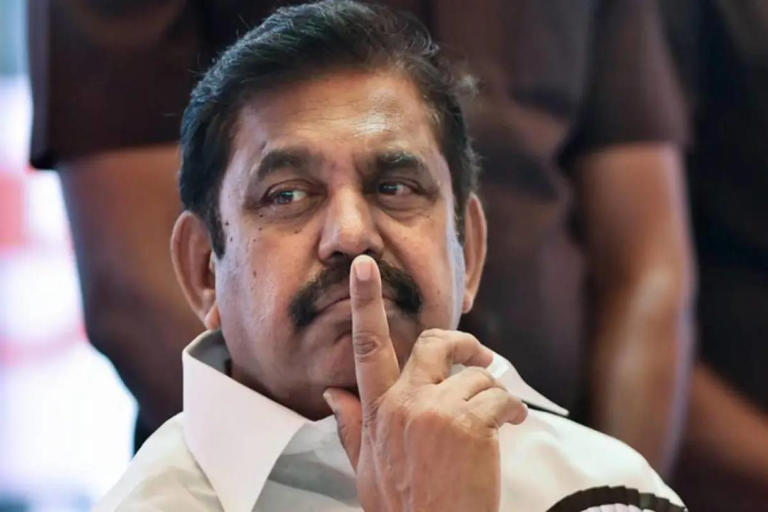 The recent meeting between six senior leaders of his party and Tamil Nadu Governor RN Ravi along with AIADMK leader Edappadi K Palaniswami at the Raj Bhavan here has fueled speculation about possible implications in state politics.

Palaniswami said he had met the governor to submit a memorandum with some complaints against the DMK government in the state. The AIADMK and the BJP are allies, though they fought the last local body elections separately.

Speculation is rife that the AIADMK team was clearly told that it would have to make efforts to bring unity in the party, which was divided into four camps, headed by former chief minister O Panneerselvam (OPS). One group, while two other groups owe allegiance to late J Jayalalithaa’s former aide Sasikala Natarajan and Sasikala’s nephew TTV Dhinakaran.

Palaniswami has been denying the role of the ousted trio and their supporters, saying the AIADMK has no place for them. He has also been saying from an open forum that the majority of the party is opposed to the OPS, and does not want to take back Sasikala and Dhinakaran, or any of their family members.

It is learned that Union Home Minister Amit Shah has suggested Palaniswami to take steps to bring him back into the party fold. Shah’s efforts have not yielded any results so far. Moreover, Palaniswami’s remark that he need not meet Shah every time he came to Tamil Nadu did not go down well with the BJP leadership, both at the national and state levels.

Shah is understood to have warned the AIADMK that it could be in trouble if the party’s election symbol of two leaves is frozen by the Election Commission on the lines of a similar situation in Maharashtra. Some of Palaniswami’s associates have informed him that his statement about Shah may affect BJP-AIADMK relations, and he should take steps to repair the damage.

The governor is considered a key factor in the BJP’s plans in Tamil Nadu. Hence, his views have serious ramifications for the AIADMK. It remains to be seen whether Palaniswami initiates curriculum reform or not.