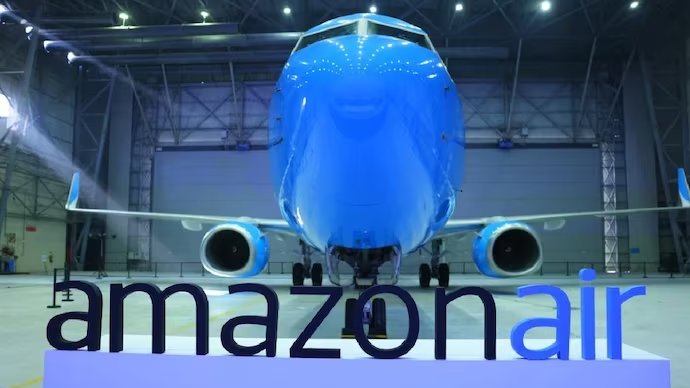 There are two cargo aircraft in the Indian market and each of them can deliver 20,000 packages. Amazon will use Boeing 737-800 aircraft for its delivery service.

Amazon has finally launched its air service in India to improve its delivery experience for Indian users. The retailer has partnered with Bengaluru-based cargo airline Quikjet to launch its air freight service in the country. The tech giant is saying that the latest move will help the company to deliver items at a much faster rate.

This is not the first market for the tech giant where it has launched its cargo service. India is the third market to receive Amazon’s cargo flights. Amazon Air was first made available in the US market in 2016 and was later made available in Europe as well. According to a report in TechCrunch, there are two cargo planes in the Indian market and each of them can deliver 20,000 packages.

“Amazon Air comes to India at an important time. Our investment in Amazon Air will further enhance the delivery experience for our customers in India. In addition, the launch will support over 1.1 million sellers in India, enabling growth for ancillary businesses such as transportation and aviation,” said Akhil Saxena, President, Customer Fulfillment at Amazon.

Amazon will use a Boeing 737-800 aircraft for its delivery service, and it will be operated by Quikjet Cargo Airlines, according to details provided by the company. The Amazon-branded aircraft will transport customer shipments to cities such as Hyderabad, Bengaluru, Delhi and Mumbai. According to the company, this move will not only help it offer faster deliveries in India but also save costs.

“We are thrilled to launch Amazon Air in India to ensure we can continue to provide our growing customer base with a great selection, low prices and fast delivery,” said Sarah Rhodes, Vice President, Amazon Global Air. The company also revealed that its air cargo service currently consists of more than 110 aircraft in 70 destinations around the world and that Amazon has invested hundreds of millions of dollars in air logistics capabilities.

Furthermore, Amazon recently announced the layoff of over 18,000 employees, a move that left many disappointed. But, this is not surprising as we have been witnessing layoffs in the tech industry for the past six months. Google also laid off 12,000 employees and Microsoft reduced its workforce by 10,000. Other companies such as Meta announced their plans to lay off 11,000. That’s why many tech companies are laying off people in large numbers. The good thing is that all of them have promised to pay severance pay to the affected employees.